March 11, 2015 – A new guide explains how to minimize energy leakage for building planners, specifically how to reduce thermal bridging.

The Building Envelope Thermal Bridging (BETB) Guide is the result of over four years of work by engineering firm Morrison Hershfield in collaboration with BC Hydro Power Smart and other partners.

The guide focuses on "thermal bridging," an area of heat loss that has been hard to measure and mitigate, says BC Hydro. The term refers to the pathways of high heat flow through walls, roofs and other insulated building envelope components that allow heat to bypass the insulating layer, effectively defeating the purpose of the insulation.

The BETB Guide provides methods for understanding and mitigating thermal bridging in the design phase. Since heat loss and air leakage across the exterior envelope can account for more than 50% of the total energy load, addressing thermal bridging can mean reduced significant energy savings over the lifetime of the structure, according to BC Hydro.

"The BETB Guide illustrates that, depending upon the building type and the insulated envelope assembly, actual building heat loss can be up to four times greater than is generally accounted for in conventional design practice," says BC Hydro Power Smart engineer Gordon Monk, project manager for the guide.

The guide is broken into three stand-alone parts. Part 1 is a catalogue of the thermal performance (effective R-values) of more than 230 envelope assembly details commonly used in B.C., with ideas about how to minimize thermal bridging.

Part 2 is a cost/benefit analysis of the costs associated with improving thermal performance against forecasted energy savings. Part 3 discusses how design practitioners, as well as government and utilities, might use thermal bridging information in both design and in new building codes and bylaws.

The guide will make life easier for anyone involved in new building design, says Greg McCall, energy policy specialist for the City of Vancouver.

"It used to take me two whole weeks to calculate the performance of a building envelope, with plans all over the floor, colour crayons everywhere," says McCall. "Now practitioners can access the latest in modern technology to calculate energy performance in far less time and with far greater accuracy."

The guide was officially launched last fall. Use of the guide will become a mandatory element in applying for the New Construction Program effective April 1, 2015.

Monk believes the guide is one of the most significant energy-efficiency initiatives he's been involved with throughout his career. "There has been a North America-wide gap of information about thermal bridging," he says. "And ultimately, [the guide] will benefit the people who buy and live and work in the units the construction industry builds." 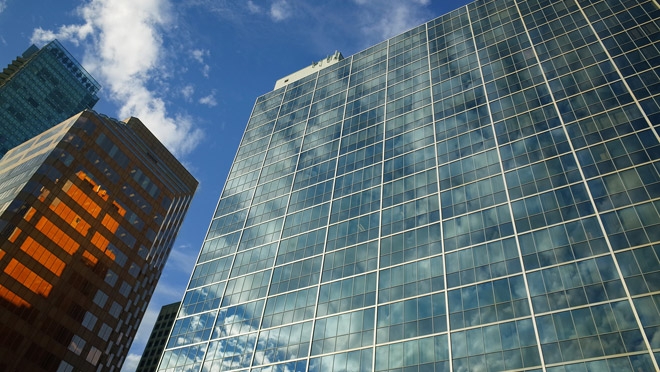