News
Q & A: Tips on how to handle the new B.C. Building Code

January 26, 2015 - If you plan ahead, get organized, and get the information you need, the new energy efficiency requirements in the B.C. Building Code shouldn't be too hard to manage. 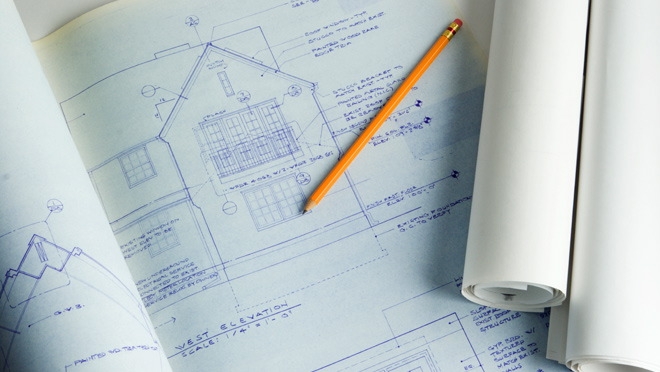 That’s the opinion of Richard Kadulski, an architect who has specialized in energy-efficient home building for more than 30 years. Kadulski is editor of Solplan Review, a journal of energy conservation and building science, and was a member of the committee that wrote the new building and energy codes. The new Code came into effect on December 19, 2014.

We invited Richard Kadulski to share his insights into the Code.

Q: To start off, where do you think the Code will cause the biggest changes for builders?

A: One big item is that now there’s a list of details that have to be looked at for air sealing. While everyone nominally says, “We build tight,” we know from experience that many buildings in B.C. are not airtight. Rather than mandating a specific level of airtightness, the Code lays out the 10 most important details to pay attention to. The HPO (Homeowner Protection Office) has prepared guides that go over those for each of B.C.’s regions.

Another area that’s probably going to be a surprise to a lot of builders is that if you have a heating duct that’s against the outside wall, or in an attic, they have to be insulated to the same effective R-value as the walls. It’s common in the Lower Mainland to put ventilation and air ducts in the attic with a bit of foil wrap on the ducts. But the R-value of that assembly is not adequate; only about R-4. Now, that’s going to have to match the outside walls.

And the Code makes it black-and-white clear that garages are considered an outside space, even if they’re heated. Right now that’s hit-and-miss in terms of interpretation. With the new Code, the wall assembly between the inside house and garage has to be insulated like the outside walls.

Q: What will those changes mean in practical terms?

Conventional framing practices often use too much lumber. Wood is a much worse insulator than insulation, so it’s a matter of framing sensibly so that you don’t need to add more wood than necessary. That will also reduce costs of materials and it could lower framing labour time, if it’s sensibly done.

The code changes do require rethinking how you go about things. And builders won’t be able to rely on their trades to get this right; they’ll have to do more interpretation and help trades work together.

It’s also going to be really important to start thinking about mechanical systems earlier, and talking to your mechanical contractors earlier, because you can’t run ducts in an outside wall with a couple of inches of polyisocyanurate insulation anymore.

Newer fibrous insulation products with higher R-values are denser and some are semi-rigid; they really have a different way of being worked with, so that’s something to plan for. It will take more effort for the insulators when installing insulation, especially around electrical wiring.

Basically, you’re not going to be able to rely on, “This is the way we’ve always done it.” The competent builders understand they have to think things through before they get on site, and that’s what you have to do. If you do, you’ll be fine.

Q: Getting a building permit is going to take a bit more work under the new Code — can you explain?

A: In practical terms, it’s not a big change, but the new Code basically requires a builder to be explicit about how the building is put together. You can’t just say, “2×6 walls with R-20 batt,” and call it a day; you’ll have to properly detail the key assemblies and show how it achieves the required effective R-value.

Builders will need to mark up on their plans where the air barrier is, and when they calculate their R-values, they need to take into account the thermal bridging, as well as the insulation layers and the insulating values of the different layers of materials in the walls. They’re going to have to show that they’re meeting their [effective R-value] target.

Q: Any other specific changes to note?

A: It’s more for custom homes, but it’s worth mentioning that uninsulated masonry fireplaces on an outside wall are not allowed. If the design calls for one, then it will have to have continuous insulation around the fireplace.

The full height of the basement wall must now be insulated — it used to be that you only had to insulate two feet below grade, although some builders were probably doing this anyway.

And there is no requirement for air leakage testing. Blower door tests are done for the performance-based path using EnerGuide ratings, but only the City of Vancouver requires the test, and with their code changes will have a pass or fail.

And as an indication of where things are headed eventually, keep an eye on the City of Vancouver — their energy requirements are even more stringent.

The Code is still the minimum criteria. It’s the least that can legally be built; it doesn’t preclude going better. So for some builders it’s new, but others are already doing a lot of their work this way. Basically, it raises the bar at the bottom end.