November 22, 2011 - Canadian publisher Coach House Press is teaming up with MESH Cities to produce a book about the people, methods and technologies that will shape the design of tomorrow's intelligent, responsive cities. You and your colleagues are invited to contribute essays, research and/or media. 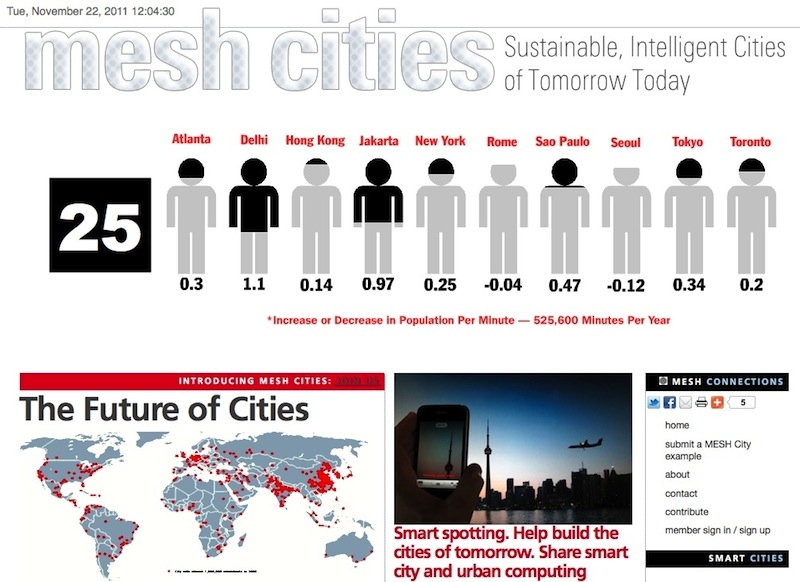 “We invite contributions from academics, researchers, developers, writers and just about anyone who is exploring the design of tomorrow’s cities,” says Robert Ouellette, founder and editor of MESH Cities.

Send your submissions to editor@meshcities.com by January 15, 2012.

MESH Cities explores “the wireless systems-empowered, 21st Century city through the eyes of its super-users”—people who embrace “the new communications and infrastructure tools that will determine the ultimate livability of the modern city”.