January 30, 2018 — The Alberta government has announced that more than $81 million over the next four years is being made available for the agriculture sector through the Climate Leadership Plan and the federal government. 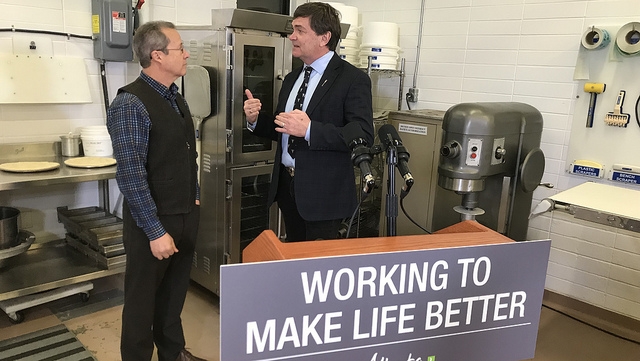 “This investment in energy efficiency will help agricultural producers save energy and money, supporting their future growth and sustainability. With new opportunities for solar power, low-pressure irrigation and energy savings, these grants will make life more affordable for Alberta’s farmers and agri-processors while also supporting our transition to a low-carbon economy,” said Shannon Phillips, Minister of Environment and Parks and Minister Responsible for the Climate Change Office.

Last year, the government of Alberta provided $10 million to agriculture energy-efficiency programs. There were nearly twice as many applicants as projects that were founded. The Alberta government says this new funding will allow eligible projects that didn’t receive funding last year to access funds, as well as allowing new applicants to apply under the expanded programs.

Applications for the energy-efficiency programs are being finalized and will be available at agriculture.alberta.ca .