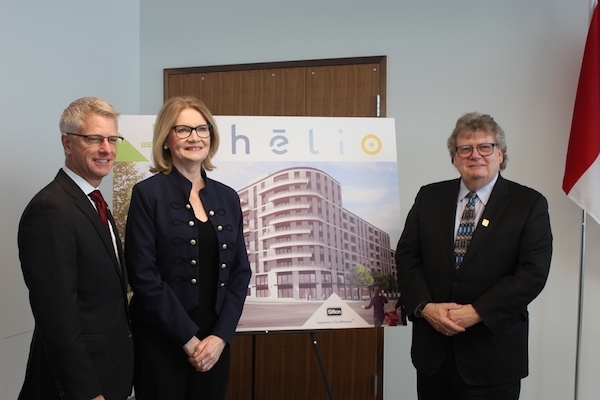 Sifton Properties’ Helio building will be part of the city’s West 5 community. A monitoring system will be used to optimize its energy-efficient performance, with the aim of demonstrating the feasibility of net-zero energy (i.e. producing at least as much energy as is consumed) for such projects across Canada’s construction industry.

“Helio will be designed and constructed to be 77% more efficient than a similar structure built under the current Ontario Building Code (OBC),” says Richard Sifton, the developer’s president and CEO (pictured, left, with local Member of Parliament (MP) Kate Young, centre, and Mayor Ed Holder, right). “There is no doubt the Energy Innovation Program has enabled us to push it further than we thought possible.”