January 6, 2017 - Leviton has announced Decora Smart Apple HomeKit-enabled lighting control accessories for use with an iPhone or iPad, including in-wall dimmers and switches. 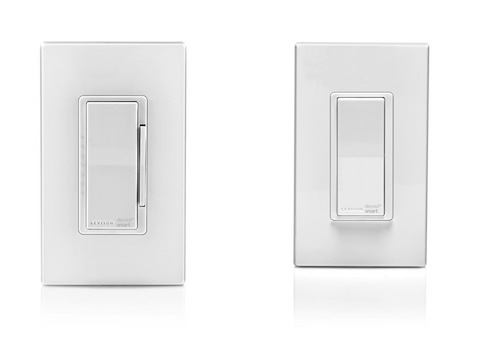 Three new lighting and load control accessories from Leviton will include:

The dimmers feature embedded LEDs to display the illumination level, but the LEDs vanish to afford a clean appearance, Leviton notes. Leveraging the Decora wiring device platform, there is support for multi-way applications, such as hallways or staircases, in which one fixture is controlled by two devices.