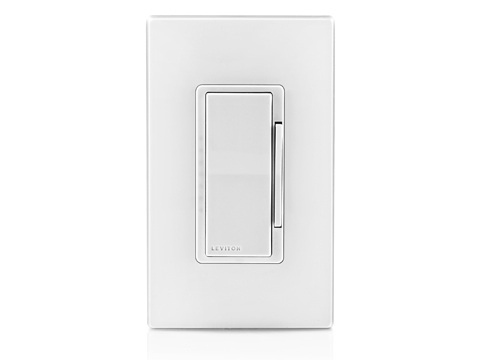 The dimmer accepts input voltages of 120, 230, and 277VAC and features a commercial grade 10 Amp load control with a mechanically held latching relay for high inrush loads. It replaces traditional standard wall switches, Leviton says, with no additional wiring required. It is UL and CSA-listed and meets ASHRAE Standard 90.1 2010.