News
Manitobans! Speak up on the future of your Power Smart programs

June 5, 2013 - Dave Chomiak, Manitoba’s minister responsible for Manitoba Hydro, says he wants to hear from Manitobans on moving forward with Manitoba Hydro’s Power Smart programs, which are expected to save Manitobans over $1 billion on their energy bills by 2016. 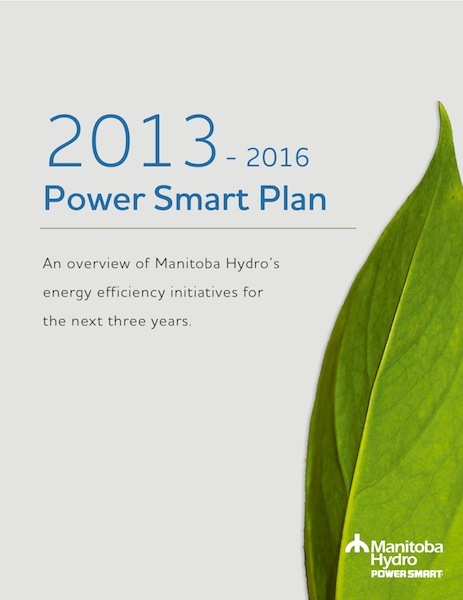 Over the coming months, the minister will lead a public consultation process that will include stakeholder meetings and an opportunity for the public to submit comments in writing and online.

“With a growing population and a growing economy, we are running out of power in Manitoba,” said Chomiak. “We currently have among the lowest power rates in the country and we need a plan that makes sure our rates stay that way. We believe Manitoba Hydro’s plan to build new generation, combined with strong investments and commitments to energy efficiency, is the best way to ensure Manitoba has the power it needs at the best price.”

Manitoba Hydro’s three-year Power Smart Plan (DOWNLOAD below) outlines 27 Power Smart programs for the residential, commercial and industrial sectors, investing more than $45 million in energy efficiency in the coming year. Under the current plan, Manitobans will save $7.7 million on their bills in the next year alone, says the government.

“The success of Power Smart over the last decade means that it is increasingly challenging for Hydro to find cost-effective energy savings,” said Chomiak. “We will be working with Manitoba Hydro, our stakeholders and the general public to find new and innovative ways to keep moving Power Smart forward.”

Related
Manitoba awarded A+ for energy efficiency
Manitoba Hydro Place aims for Gold… and gets Platinum!
Whirlpool, Manitoba Hydro, EnerQuality among Energy Star Canada Awards 2016
“Reeling in the many benefits” of efficiency at BC fish hatcheries
Tags