November 20, 2019 – Annette Verschuren, chair and CEO of energy storage system provider NRStor (pictured, second from right), will be among the 2019 class of companion inductees into the Canadian Business Hall of Fame. 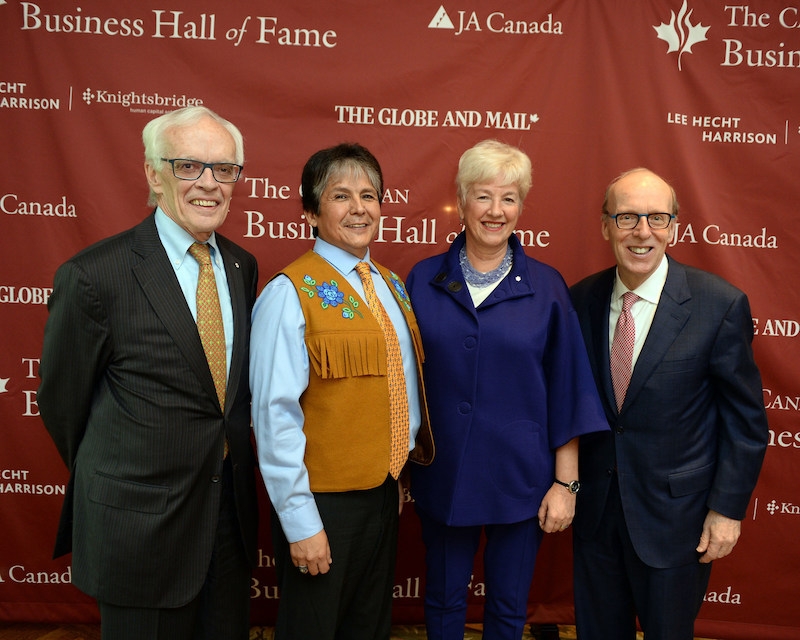 Toronto-based Verschuren was president of The Home Depot Canada and Asia before taking on leadership of NRStor, which installs and manages behind-the-meter (BTM) battery-based energy storage systems for commercial and industrial facilities to help reduce their electricity bills.

Established in 1979, Junior Achievement Canada’s (JA Canada’s) hall of fame seeks to recognize and celebrate the country’s business leaders for their professional and philanthropic achievements. This year’s other class of companion inductees, as nominated by their peers and chosen by an independent committee, include Claude Lamoureux (left), retired president and CEO of the Ontario Teachers’ Pension Plan (OTPP), Osoyoos Indian Band Chief Clarence Louie (second from left) and Stephen J.R. Smith (right), chair and CEO of First National Financial.

They will formally be inducted at a gala dinner and ceremony on June 19, 2019, at the Metro Toronto Convention Centre.

“We will have the great privilege of highlighting their excellence in business leadership, outstanding professional achievements and dedication to bettering Canada’s social fabric,” says David Denison, chancellor of the order of the business hall of fame.