October 14, 2015 - More than 530 business owners and operators from across Ontario gathered in Mississauga recently for the annual Energy Into Action event, where they heard energy experts and suppliers talk about programs and new technologies that can benefit a company’s bottom line. 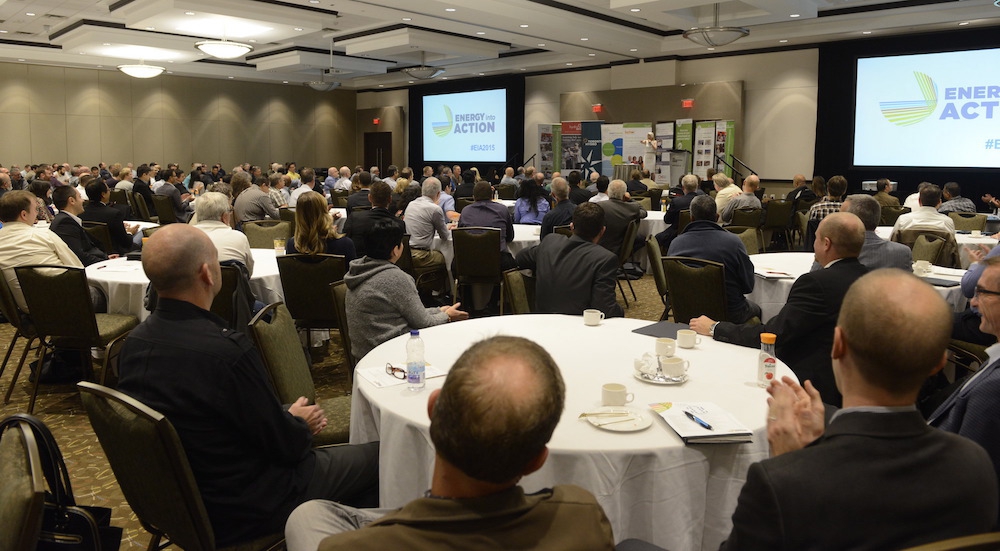 The one-day information and networking event, presented by some of Ontario’s electric and gas utilities, connected participants with professionals experienced with incentive programs and tools that companies can implement to improve their energy-efficiency.

A series of nine breakout sessions focused on topics such as compressed air, operational savings, process cooling, cogeneration, LED lighting and HVAC systems. Participants also had an opportunity to network with like-minded professionals and a wide-range of exhibitors.

Organizers say the 2015 version of Energy Into Action was the largest yet.