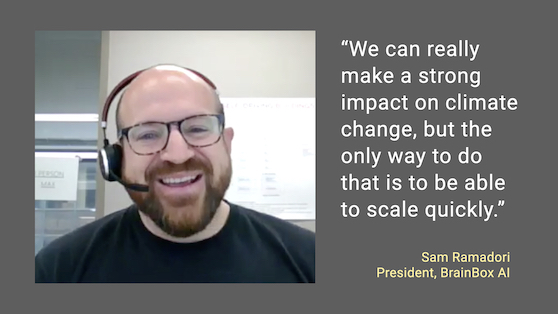 October 28, 2020 – “It has been a wild year,” says Montreal-based Brainbox AI’s president, Sam Ramadori. When the company launched in May 2019, it had just shy of 20 people, and worked on six development buildings totalling half a million square feet. “Today, we’re in over 30 million, and with the commitment here, getting us over 40 million installed square feet.”

The commitment to which Ramadori is referring is that of AMP Capital in Australia, which is set to roll out Brainbox AI’s energy-saving AI technology—which promises a reduction of carbon footprint by 20-40% and 15-20% in energy spend—across its entire managed real estate portfolio of central business district (CBD) office buildings, retail shopping centres and logistics facilities.

Six AMP Capital-managed buildings across Australia are already trialling the technology, which will then be rolled out across the entire portfolio of over 40 buildings in Australia and New Zealand by Q1 2021.

“We have a very young team, of very highly-capable technical folks, and they’re all driven, not only by the truly autonomous solution, but we can really make a strong impact on climate change… but the only way to do that is to be able to scale quickly,” said Ramadori, referring to the solution’s ease of deployment.

Brainbox says this edge device is the world’s first autonomous AI HVAC technology. It predicts changes in building operations, occupancy and weather to automatically control temperature in a building, “ensuring the highest tenant comfort and the most efficient use of energy”.

By using “deep learning” AI models, the Brainbox technology predicts the temperature in every zone of a building with 99.6% confidence, says the company, regardless of building size. The solution then determines the optimal manner for adjusting the system, then actions that instruction by communicating directly with the building controller.

“If you had to point to the top five global hubs for artificial intelligence, not just one, but two of them are in Canada. Montreal and Toronto are worldwide-recognized global hubs for artificial intelligence, so it is super exciting to see the talent coming out… to see teams like ours really tackling large problems […] that, I think, is a game changer for Canada […]”.

Related
Canada’s energy-efficient buildings workforce: where are the gaps?
Net zero is NOT a ribbon-cutting ceremony
Smart buildings: how do they affect YOU? • VIDEO
EXCLUSIVE Panel: Connecting components and the trades
Tags