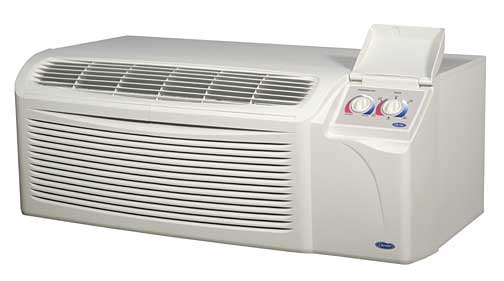 About 185,000 of these units were recalled back in November 2007. Recalled units include those with original power cords and those that received a supplemental power cord as part of the 2007 recall.

Model and serial numbers are located on the ratings/data plate on the right front of the unit, underneath the removable front panel.

Visit ptac.recall.carrier.com to enter your serial number and determine whether you are affected by this recall.

The units were sold at HVAC dealers and factory-direct sales in Canada and the States from January 2002 through December 2009 for between $425 and $675.

According to Health Canada, approximately 9,444 units were sold in Canada.

They were manufactured in Mexico.

Consumers should stop using and unplug the recalled units, and contact Carrier to receive a free replacement cord. Visit the recall website to check your serial number. There is also a phone number to call for additional help.