April 12, 2012 - IBM Canada and the Province of Ontario are partnering with several Ontario universities (led by the universities of Toronto and Western) to create a new $210-million “virtual” R&D centre in Ontario. IBM will invest up to $175 million through December 2014 in the project, forming the IBM Canada Research and Development Centre to serve as a foundation for the research initiative. 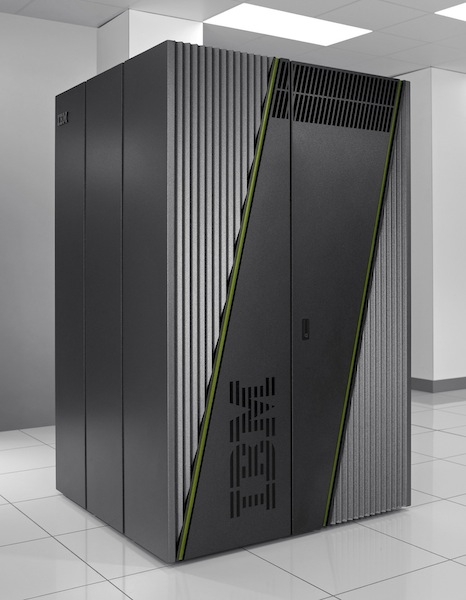 Meantime, the provincial government is investing $15 million, ensuring that “the skills needed for developing future information and communications technology products and services are fostered in Ontario, new and existing Ontario companies are leaders in their fields, and innovation efficiencies and cost-savings are created across multiple sectors”.

Not to be left out, the Government of Canada will contribute $20 million to allow the consortium of seven southern Ontario post-secondary institutions and IBM to install two high-performance IBM Blue Gene/Q supercomputers (see photo) and develop a cloud computing platform to underpin the initiative’s research collaboration. The university consortium will have access to a new Barrie, Ont.-based IBM data centre, which will be fully operational in the fall of 2012. Other Canadian researchers and small to medium-sized enterprises will also be invited to join the consortium.

The IBM Canada Research and Development Centre will use its computer infrastructure to “drive innovative discoveries in key areas and bring them to market”, including energy management i.e. “finding better ways to track how hydro flows, reducing waste and saving customers money”.

The research projects will be supported by an expansion of IBM’s software development labs in Markham and Ottawa, and the new high-performance data centre in Barrie.