July 18, 2013 - Hydro-Quebec announced that 400,000 “energy-guzzling” fridges and freezers have been picked up for recycling by the Recyc-Frigo program. Marc-Andre Roy of the borough of Ville Marie in Montreal—owner of the 400,000th appliance—received a basket of energy-saving products from Maria Vaccaro, Hydro-Quebec’s manager of energy efficiency for residential customers. 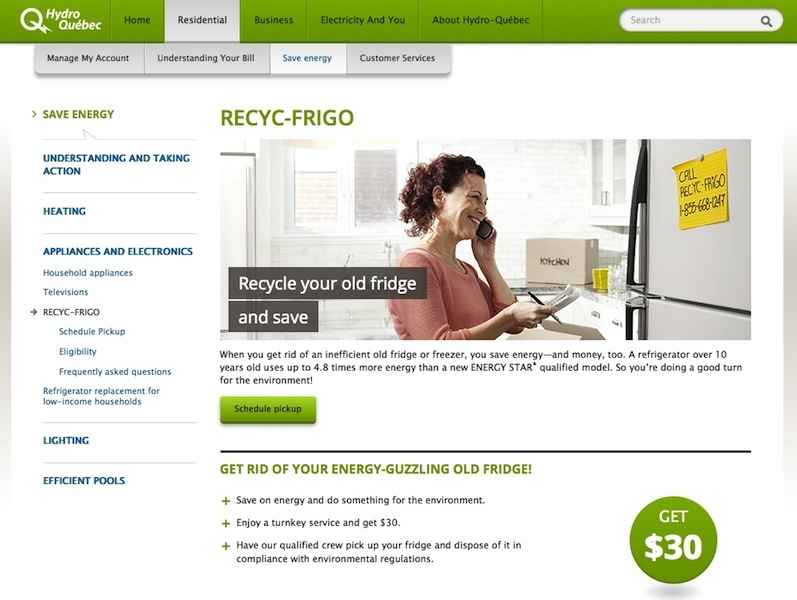 By getting rid of his old fridge, Roy is saving electricity: a fridge over 10-years old can use up to 4.8 times more electricity than a new Energy Star model, says the utility.

To benefit from the Recyc-Frigo program, participants must be Quebec residents and own the appliances to be recycled. Appliances must be at least 10 years old, plugged in and running. They must also be accessible and moveable and have a capacity of 10-25 cf. A maximum of three appliances per owner will be picked up.