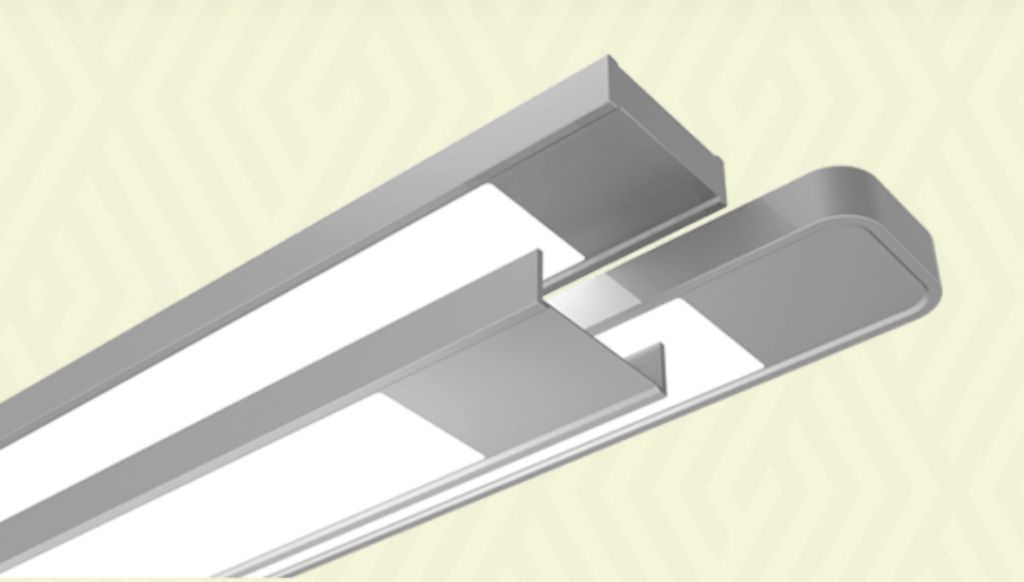 The Modulus system uses a single unit to power a luminaire run of up to 32 feet (9.75 metres). This configuration provides flexible lighting design, allowing the Modulus technology to be embedded in a multitude of new luminaire form factors.

“There’s a market need for ever smaller, unobtrusive luminaires used for creating expansive designs in spaces. However, these small luminaire form factors make it difficult to embed existing technology due to spatial constraints,” said Gilles Abrahamse, VP of Acuity Brands Lighting, Digital Luminaire Components, in a release. “It provides power and control for luminaires as small as one inch in depth. We were able to create Modulus by leveraging Acuity Brands’ expertise in developing drivers, sensors and controls.”

The Modulus low voltage distributed power and control system will be initially available within the Renna luminaire family from Peerless. The system can be integrated or unified with additional  technologies from Acuity Brands, such as Atrius IoT systems, to provide indoor location services used for wayfinding, asset tracking and other building and business applications.