News
Are batteries the right choice for your business? An analysis of lithium-ion energy storage

August 17, 2017 - Energy storage technologies are emerging as a viable way for customers to manage increasing electricity costs. Batteries allow them to take electricity from the grid when prices are low during off-peak hours and use it during high-priced on-peak hours. Batteries also provide a possible mechanism for critical peak avoidance, allowing Class A consumers to reduce their Global Adjustment costs. 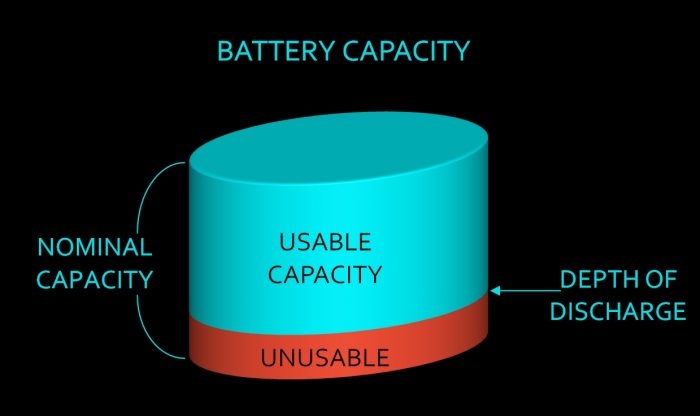 There are different types of batteries. Lithium-ion (Li-ion) batteries are currently dominating the grid-scale battery field. Before Li-ion, sodium sulphur (NaS) batteries were the most-common type of grid-scale battery. Flow batteries are undergoing a lot of new developments and could break into the market in the future. Other types of batteries include lead-acid, nickel-based, metal-air, vanadium redox flow, iron-chromium redox flow, and zinc-bromine flow.

New battery technologies are being introduced regularly with new investments in battery R&D initiatives. Within each of these battery categories there are many variations between models and brands. Some are designed to serve specific purposes, such as Ice Energy’s Polar Bear line of cooling systems used for refrigeration and air-conditioning.

This article focuses on the most-common Li-ion batteries (as the majority of wall and grid batteries on the market use this technology), and a few dominant battery manufacturers. Note, there are relatively few models currently available for purchase in North America.

Battery uses
The primary driver for existing battery installations is as backup, for uninterrupted power supply during blackouts or power outages. Using batteries as a peak energy management resource is becoming an increasingly popular option to avoid utility charges based on peak demand. Customers working to manage the times at which they are taking energy from the grid to reduce their peak hour consumption are beginning to use batteries this way.

There are other benefits to large-scale batteries. With increasing penetration of renewable energy there is a growing need to balance its unpredictable nature; solar photovoltaic technology produces power only when the sun is shining and wind energy is only created when the wind is blowing. Thus, energy storage offers the potential to store the extra power created on sunny and windy days, literally saving it for a rainy day.

Battery technology
There are many aspects to consider when searching for the right battery for energy storage. Trying to interpret the overwhelming numbers and statistics that accompany any battery description can be difficult. The following definitions can help interpret the numbers used to describe energy storage units.

Power is the amount of energy put out in a given amount of time. Energy density and power density are not the same, even though many people use power and energy synonymously. Power density describes the speed at which a battery can take on or deliver energy; the higher the power density the less time it will take the battery to discharge respective to its size. Energy density describes how much energy a battery can hold per unit of volume or mass; the higher the energy density the longer the battery will provide power.

It is important to note the depth of discharge recommended on each battery; otherwise, were the battery discharged below its recommended depth, its lifespan will be decreased.

Discharge time is the amount of time it takes for a battery to fully discharge itself after it has been completely charged. This number is generally a large range depending on the type of technology running off the battery.

Efficiency or roundtrip storage efficiency is the difference between the amount of energy you put into a battery compared to how much you can get out of it. Low efficiency means a lot of energy is lost or wasted; this is not economical when taking from the grid because the consumer will end up paying for the electricity that is lost in the round trip.

The lifespan or cycle capacity also is important. This refers to how many times the battery can be charged before it fades, or how many years the battery will last.

All of these facets need to be considered when deciding on a battery, along with the upfront cost of the battery, as well as its size.

The range of numbers for Li-ion batteries in these categories are as follows:

Ambient temperature range ratings and indoor/outdoor ratings should also be taken into consideration when operating batteries in extreme conditions. Some batteries are better equipped to survive extreme temperature variations while others work less effectively with changing temperatures… or can even become dangerous in some conditions.

Batteries are relatively easy to scale up and down because they are modular. Each battery has a certain amount of energy storage that is pre-determined, but multiple batteries can be combined to reach the desired capacity.

Like most technologies in the development stage, batteries have been, until recently, relatively expensive. However, like other emerging technologies, the costs have declined significantly in recent years because of the investment in Li-ion technology to support applications in many other electronics (most hand-held devices and laptops use Li-ion batteries). Recently, there have also been large investments in electric vehicle technology; these cars are also powered by Li-ion batteries.

In fact, recent developments in car batteries have been a catalyst behind energy storage batteries. Battery scalability has allowed for the technology put into electric car batteries to be replicated and increased in size for stationary energy storage applications. Some companies that specialize in vehicle manufacturing are expanding their scope to include battery storage units.

Declining costs for batteries are opening up new potential markets and applications, but there are drawbacks. There is still a lot unknown about large-scale batteries. Recent installations in Southern California are the first-of-a-kind in using batteries as peaking energy management resources. Most applications to-date have been to supply ancillary services or demand response; there is not a lot of experience in operating batteries dynamically in real time.

Batteries offer the potential for easy scalability but, with current technology, it takes a shipping container to hold 4 MWh-worth of energy. Backing up large office buildings or industrial sites for more than a few minutes might require multiple shipping containers. At this size, you run up against the physical constraint of having enough space to site them. In addition, batteries are extremely heavy. Therefore, commercial- and industrial-scale batteries generally cannot be deployed on rooftops.

Depending on local building codes and regulations, there may also be restrictions on where batteries can be located; for example, prohibiting large-scale battery deployments in underground parking garages. These kinds of issues tend to go hand-in-hand with emerging technologies. As more experience is gained and the technology is able to prove itself, some of these barriers may be lifted.

Analyzing cost
Cost-saving analyses of batteries need to consider multiple value streams that batteries can provide to you, the end-use consumer. With current costs of energy storage, it is unlikely economical to invest in a battery when the consumer is only realizing one value stream; or, if it is, it may be that the majority of energy cost savings will need to be committed to pay for the battery. However, a consumer who is able to take advantage of multiple value streams at the same time might be able to pay back the cost of the battery more quickly.

The economics of batteries look to be especially promising in applications where they can be operated dynamically to respond to market signals, but this requires monitoring and analyzing markets in real time. Deciding the optimum charge state for a battery at any given moment in time is a non-trivial exercise in a dynamic market. Should the battery be fully charged to be ready for high prices later in the day? Should the battery be fully discharged to take advantage of low prices?

Electricity markets with high nuclear base load or intermittent and self-scheduling renewable energy can often have very low or even negative prices at times of low demand. For renewable energy, the fuel is free (or, virtually free), so the marginal cost of production is zero. For example, in Ontario, nuclear operators would rather offer their power into the market at a negative price for a few hours than take the reactor down completely and miss the opportunity to produce power profitably for the next day and a half.

Without detailed, real-time and forward-looking market intelligence, batteries are not going to realize their fullest potential. Some automated software tools are designed to respond to this challenge, offering comprehensive and detailed market analysis with real-time and on-the-fly forecasting to produce customizable alerts and dynamic operating protocols for peak energy management.

Figure 2 shows how market monitoring can help increase the monetary savings a battery can provide. This example displays a hypothetical business’s potential savings were it to monitor the market and use its battery according to Hourly Ontario Energy Prices (HOEP). Without market monitoring, the company could have used the battery too early or too late, and would have to pay the peak-hour price for taking from the grid while energy prices were at their highest. They also might have missed the opportunity to charge their battery while the HOEP price was at $0.

An estimated levelized cost per lifetime output for commercial or industrial batteries is between $708 and $1527/MWh (“Lazard’s Levelized Cost of Storage” Version 2.0”, 2016). This is a total cost including capital, operations and maintenance, charging costs and other inputs, divided by the total potential output of the battery over its lifetime.

There are other costs to consider when buying a battery. Shipping and installation costs are not generally included in the price of the unit and can be expensive depending on the size of the unit. Some batteries also require specific temperatures or ventilation that could incur additional construction costs. Manufacturers and equipment vendors typically stand behind their product, but may require a customer to purchase warranties to guarantee project performance.

Another cost that must be built into any analysis of the Li-ion technology is the replacement cost of battery units. When a Li-ion battery reaches the end of its lifetime, it must be completely replaced. Some other batteries, such as flow batteries, need only certain elements to be replaced and, therefore, have a lower replacement cost than their initial cost. Li-ion battery owners would need to buy a whole new battery. If the cost of Li-ion batteries continues to decrease, however, this could be a significantly lower cost in the future than the current cost.

Are Li-ion batteries the right critical peak avoidance solution?
So are batteries worth the cost? Well, there are many factors to consider. What will the battery be used for? How big does the battery need to be? What is the ideal ratio of energy to power? How will the battery operate?

Adam White is the CEO of Powerconsumer which, among other things, builds tools for energy managers and explores the potential in emerging smart grid technologies. Adam is former president of the Association of Major Power Consumers in Ontario, and president of AITIA Analytics Inc. Previously, he served as VP of Public Affairs & External Relations with the Ontario Energy Association, manager of Regulatory Affairs with TransAlta Energy Corp., plus stints with Ontario’s energy ministry. Adam also teaches energy policy in the Faculty of Applied Sciences & Engineering at the University of Toronto. Visit powerconsumer.com.
Print this page