June 6, 2019 - Energy storage technologies are emerging as a viable way to manage increasing electricity costs. Batteries can take electricity from the grid when prices are low, during off-peak hours, for later use during higher-priced peak hours. This has proven particularly relevant in Ontario, allowing Class A consumers to reduce their Global Adjustment (GA) payments. 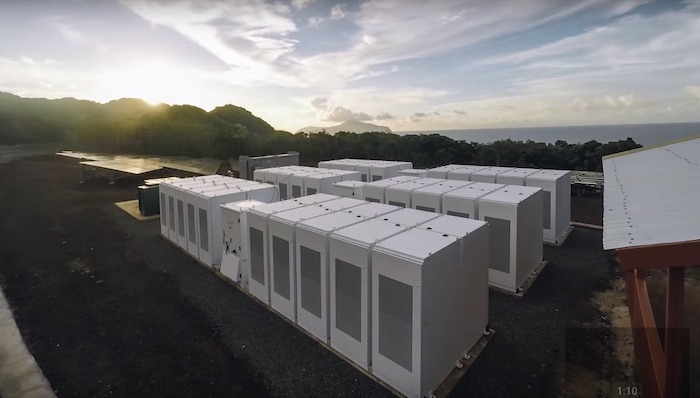 Within each of these categories, there are many variations between brands and models. Some are designed to serve specific purposes, such as Ice Energy’s Polar Bear line of cooling systems for refrigeration and air-conditioning. And new technologies are being introduced regularly with new investments in research and development (R&D) initiatives.

Multiple purposes
The primary driver for existing battery installations has been as backup, to ensure uninterrupted power supply (UPS) during blackouts and other outages. As mentioned, using batteries to avoid utility charges during peak periods has become an increasingly popular option.

There are also other benefits to large-scale batteries. With increasing adoption of renewable energy, for example, there is a growing need to balance its unpredictable nature. Solar photovoltaic technology, for example, produces power only when the sun is shining, while wind turbines can only generate electricity when the wind is blowing. Battery-based storage offers a way to hold onto extra power created on sunny and windy days, saving it for a rainy day.

Understanding the numbers
There are many aspects to consider when searching for the right battery for energy storage—and it can be difficult to interpret the numbers and statistics that accompany each product’s description.

‘Power’ is the amount of energy emitted over a given period. ‘Power density’ describes the speed at which a battery can take on or deliver energy. The higher the power density, the less time it will take the battery to discharge respective to its size.

‘Energy density,’ on the other hand, describes how much energy a battery can hold per unit of volume or mass. The higher the energy density, the longer the battery will provide power.

Each battery is built to store a certain amount of energy. This is its ‘nominal capacity,’ which is often different from its ‘usable capacity.’ The latter describes the amount of the capacity that can be used after taking the ‘depth of discharge’—i.e. the percentage of nominal capacity that can be discharged without damaging the battery—into account.

It is important to note the depth of discharge recommended for each battery. If a battery is discharged below its recommended depth, its lifespan will be decreased.

‘Discharge time’ is the period required for a battery to fully discharge itself after it has been completely charged. This period is generally a wide range, depending on the type of technology running off the battery.

‘Efficiency’ or ‘round-trip storage efficiency’ is the difference between the amount of energy you can put into a battery and how much you can get out of it. A low-efficiency battery is not economical when taking electricity off the grid, as the customer will end up paying for the electricity lost in the round trip.

The lifespan or ‘cycle capacity’ is also important. This refers to how many times the battery can be charged before it fades or how many years the battery will last.

All of these facets need to be considered, along with the battery’s upfront cost, size and indoor and outdoor ambient temperature range ratings (especially when operating in extreme conditions).

It is worth noting batteries are modular and can therefore be scaled up relatively easily to meet increased needs. While each battery offers a limited amount of energy storage that is predetermined, multiple batteries can be combined to achieve the desired capacity.

Due to investments to support consumer electronics like smartphones and laptop computers, as well as electric vehicles (EVs), the costs of Li-ion batteries have declined significantly in recent years. Battery technology for EVs, especially, has been replicated and increased in scale for stationary energy storage applications.

While declining costs for Li-ion batteries are opening new markets, there are limits. For one thing, most applications to date have been designed to supply ancillary services or demand response, rather than dynamic real-time operations. For another, backing up large office buildings or industrial sites with today’s technology for anything more than a few minutes would require multiple shipping containers’ worth of batteries, at which point users run up against physical constraints in terms of finding enough space to house them. Rooftops are generally not feasible, as commercial- and industrial-scale batters are extremely heavy.

Depending on local building codes and regulations, there may be additional restrictions on where batteries can be located, e.g. rules prohibiting large-scale battery deployments in underground parking garages. As more experience is gained and the technology proves itself, some of these barriers may be lifted in the future.

Analyzing costs
A cost analysis of Li-ion batteries for energy storage needs to consider the potential value streams provided by the technology. Given today’s upfront costs, the majority of the resulting energy savings must be committed to paying for the battery itself. If the customer can take advantage of more than one value stream, on the other hand, the payback could be quicker and the benefits clearer.

The economics of batteries are especially promising in applications where they can be operated dynamically to respond to market signals, such as Ontario’s aforementioned GA charges during peak periods. Such applications require real-time monitoring and analysis, so as to determine the optimal charge state for the battery at any given moment, e.g. fully charged before high-priced periods and fully discharged before low-priced periods. (Some electricity markets, including those with a high nuclear base load or intermittent and self-scheduling renewable energy, offer very low or even negative prices at low-demand periods.)

Automated software tools have been developed to meet this challenge. They support comprehensive, detailed market analysis and forecasts, producing alerts and protocols for peak energy management. In turn, such market monitoring can increase the monetary savings provided by battery-based energy storage.

An estimated levelized cost for the total potential lifetime output of commercial or industrial batteries—including capital, operations, maintenance, charging and other inputs—is between $708 and $1,527 per MWh, according to ‘Lazard’s Levelized Cost of Storage,’ Version 2.0, published in 2016.

There are other expenses to consider, however, including connection impact assessment (CIA), shipping, installation, the manufacturer’s project performance warranty and additional construction to support a battery’s specific temperature and/or ventilation requirements. In particular, many behind-the-meter (BTM) energy storage projects never get past the planning stage due to high CIA costs, which can reach hundreds of thousands of dollars!

Another cost that must be built into the analysis is replacement. While a large-scale Li-ion battery must be completely replaced at the end of its lifespan, flow batteries only need certain elements replaced at the end of theirs, resulting in lower costs than their initial prices. As Li-ion battery prices continue to decrease, however, this could become less of an issue.

The right solution?
In the end, whether or not Li-ion battery-based energy storage is worth the cost depends on the nature of the organization using it. Most to all utility bill savings will need to go toward paying for the battery, but there are factors to consider in terms of its required size, the ideal ratio of energy to power and how it would operate from day to day.

With regard to peak pricing avoidance, a battery may be a viable option for a business that currently lacks the flexibility to otherwise manage its electrical consumption by changing production schedules, curtailing operations during certain hours and/or undertaking maintenance shutdowns. An organization that already enjoys such flexibility may be able to achieve the same savings, so buying a battery is unnecessary.

Adam White is founder and CEO of Powerconsumer, which provides advisory services, software automation and platform optimization for C&I customers. He previously served as president of the Association of Major Power Consumers in Ontario (AMPCO), vice-president (VP) of public affairs and external relations for the Ontario Energy Association (OEA), manager of regulatory affairs for TransAlta Energy and executive assistant for Ontario’s Ministry of Energy, Science and Technology. He also lectures on energy policy at the University of Toronto (U of T). For more information, plus free online cost-savings analyses to estimate bill savings and project economics, contact him via email at adam.white@powerconsumer.com.

This article appeared in the May 2019 issue of Energy Manager Canada magazine.