April 21, 2017 - Facility managers who measure the energy performance of their buildings are investing in energy-saving technologies and operational improvements in order to improve their buildings’ energy efficiency, according to a survey conducted by the National Electrical Manufacturers Association (NEMA) in 2016. 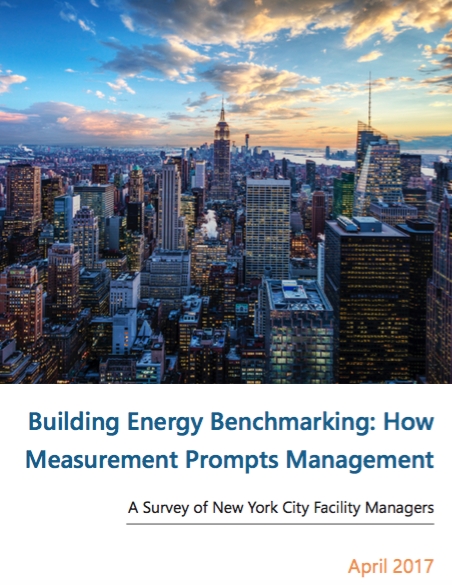 The survey found that 84% of facility managers in New York City who benchmarked their facilities’ energy use made a low- or no-cost operational change to improve their buildings’ performance, while 82% invested in new equipment to improve their buildings’ energy performance. The most common investments included lighting and lighting controls, heating and cooling upgrades, and energy management systems.

“This survey adds to the growing evidence that building energy benchmarking and transparency ordinances are prompting facility managers and building owners to make investments in energy-efficient equipment and low- or no-cost operational changes,” said Kevin Cosgriff, president and CEO of NEMA. “Other cities should consider adopting building energy benchmarking and transparency policies similar to New York City’s Local Law 84 to spur energy savings and to support the manufacturing and construction jobs that stem from building upgrades.”

Cities around the United States are implementing building energy benchmarking and transparency ordinances, NEMA says, which require large buildings to measure and disclose their energy use as a way to encourage energy efficiency improvements. These policies allow building owners and occupants to compare the energy performance of their buildings with that of similar buildings, the organization adds.

NEMA also notes multiple studies have shown that commercial, multifamily and public buildings that have benchmarked energy use pursuant to city benchmarking ordinances have reduced their energy use intensity and increased their Energy Star Portfolio Manager scores faster than buildings not subject to such laws.

“These findings are consistent with the conclusion that benchmarking laws are catalyzing increased building efficiency,” the organization says.