August 2, 2012 - Soon there will be no need for special timers to switch lighting on and off, or operate household appliances when a homeowner is absent. All this will be done by means of a smartphone or PC thanks to internet-enabled wireless power outlets that support the IPv6 protocol. 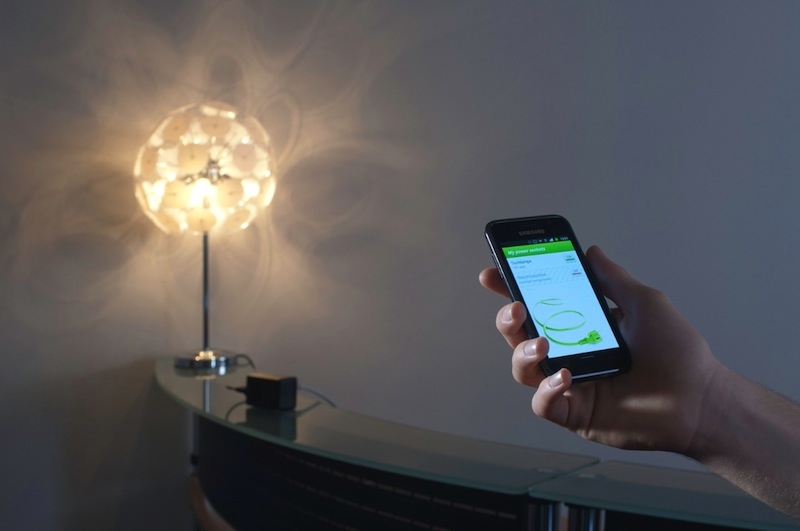 “We have been able to connect the power outlets wirelessly using the IPv6 protocol,” said ESK research engineer Günter Hildebrandt. “All household appliances plugged in one of the sockets can be switched on and off remotely using an IPv6-compatible device—such as a smartphone or laptop PC—from anywhere.”

The wireless power outlets are a component of the HexaBus home automation system that was developed by ITWM as part of the mySmartGrid project. “The HexaBus components make the smart home of the future a reality. They enable household appliances to be controlled intelligently, thus optimizing or reducing electricity consumption. For example, the householder can start the washing machine during cheap-rate off-peak hours, or run the dishwasher when the photovoltaic panels on the roof are generating sufficient power,” noted industrial engineer Mathias Dalheimer of ITWM, who leads the SmartGrid project and is its chief programmer.

In addition to the wireless power outlets, the HexaBus system employs a specially designed USB stick that plugs into any compatible, off-the-shelf router. The user enters the command to switch on an appliance via a standard web browser or an Android-compatible smartphone app. The router and stick then forward the data to the power outlet. This two-way communication function also allows the wireless power outlet to send data to the smartphone, informing the user how much power various appliances are consuming at any given time. Thus, the user can optimize their power consumption.

The HexaBus power outlets are ready for commercial application. Their manufacture has been entrusted to Embedded Brains. Meantime, researchers have a new idea up their sleeves: they want to enhance their system with multihop networking capability. By linking together a series of power outlets, the router will be able to pass messages from one to another, thereby extending the range of the communication system; a solution, they say, that could be of interest to businesses for their office buildings and industrial sites.

Photo: The table lamp can be switched on and off by means of a smartphone app.