February 6, 2013 - According to researchers at the Fraunhofer Institute for Solar Energy Systems ISE in Freiburg, Germany, supermarkets use nearly 10 times the energy of a normal household... cold air flows out of the long rows of shelves filled with sausages, dairy products and fish, while numerous lamps light up a space where daylight barely penetrates. 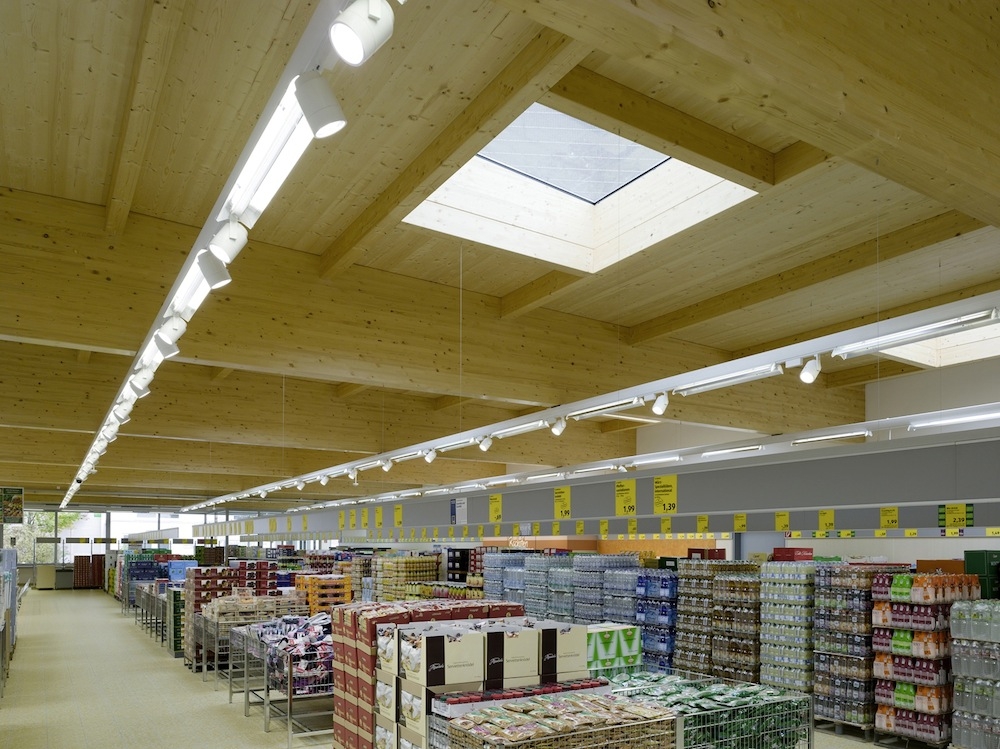 Those same researchers say they have created alternatives. “We have developed an integrated concept in collaboration with property developers, the planning team and manufacturers and, as a result, we aim to reduce energy consumption by 25% in comparison to regular supermarkets,” said Nicolas Rehault, group leader at ISE.

“Part of our concept has already been implemented by Aldi Sud in their new buildings. This enabled 20% energy savings to be achieved during the first year of operation,” explains Rehault. “New control strategies have now enabled us to optimize these concept components so that energy savings of 25% will be saved in the second year of operation, compared to a standard branch. This is already very close to our goal of 30%.”

The main focus of the concept lies in the area of cooling because, at about 40% to 50%, it represents the largest share of the electricity bill. The freezer systems have to reliably store food at -25C, while other foods must be stored at a maximum of 4C. Normally, plug-in freezers are used for this purpose; they generate the required level of refrigeration, but pump the heat byproduct directly into the store.

ISE researchers have developed a combined central refrigeration system in collaboration with property developers and the planning team. Now, all cooling points are connected to a combined central refrigeration system. The heat is not dissipated into the store but channeled via a three-stage recooling system. During the winter, the system recovers the heat via a heat exchanger and uses it to heat the store. Residual heat is channeled via a gas chiller and geothermal heat pump in the surrounding area. In so doing, heated water is pumped through probes into the ground where the heat is dissipated and the water is fed back cold.

The result is that freezers and chiller cabinets only require half the electricity of comparable standalone units. Gas- and oil-fired boilers are superfluous, as heating is provided by the waste heat from the cooling systems. The heating system also has an effect on the ventilation system, which is no longer required for heating; it is used exclusively for introducing fresh air into the store and, therefore, is smaller.

Lighting makes up the second-largest share of the electricity bill. For this reason, the researchers employed daylight to illuminate large stores. Light enters the store via triple-glazed skylights. A microscreen is fitted between the individual panes of glass to reflect direct sunlight, allowing only indirect light to pass through. Artificial light in the form of lamps is additionally switched on and controlled in relation to the available daylight.