February 9, 2015 - Hardworking and passionate small business owners like Diane MacDermott and Jeff Nelson play a crucial role in our provincial economy. According to the 2014 Small Business Profile, B.C. has the most small businesses per capita in Canada, employing more than one million people in the province. 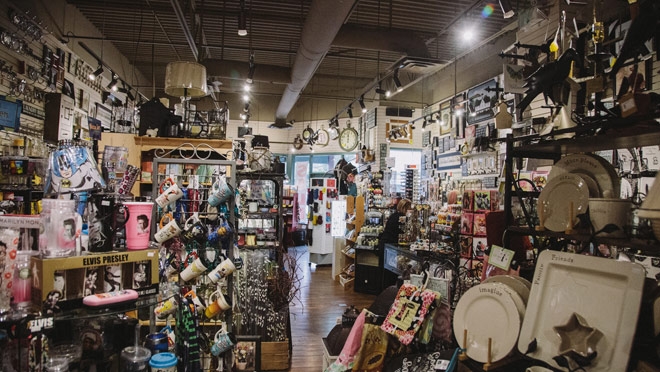 Eighteen of those people work for MacDermott and Nelson — co-owners of Beach Basket Giftware, a small retailer in the Fraser Valley.

MacDermott and Nelson are veterans of the Canadian retail trade. In 1987, they opened the first Beach Basket Giftware store in the Newton neighbourhood of Surrey, B.C. Fast forward to 2015 and the duo now have three stores: one in Mission, one in Langley and a store in Surrey’s Guildford Town Centre.

What’s the secret to their success? The duo agree: nothing beats having a loyal, productive staff. But they also stress how important it is to stay on top of expenses for the likes of heating, cooling, and lighting.

“Lighting typically represents the largest portion of a retail operation’s energy use,” points out Nelson, who is responsible for the physical upkeep of the three stores. “Every nickel we save on lighting goes toward the bottom line.”

For retailers, lighting uses the most energy

Nelson is right. In B.C., lighting typically makes up 48 per cent* of a small retailer’s monthly energy consumption. That’s why MacDermott and Nelson have decided to stop using incandescent and halogen light bulbs in their Mission and Langley stores. They’re investing their money in LEDs.

When properly maintained, an LED can last 25,000 to 30,000 hours, the equivalent of about nine years when used eight hours a day. Also, LEDs are cool to the touch and emit no heat which, as Nelson is keen to point out, helps keep his air conditioning costs down.

No more caps on incentive levels for LEDs

After consulting a Power Smart Alliance member in August 2014, MacDermott and Nelson updated the light bulbs in their Mission and Langley stores. In total, Nelson unscrewed more than a dozen incandescents and 200 halogen bulbs, replacing them with screw-in LEDs of varying lumen.

Because there is no longer a cap on the incentive level for LEDs, MacDermott and Nelson received two sizable Power Smart Express incentives: $1,204 for the Mission store and $1,380 for the Langley store. The incentives, combined with the projected annual energy savings at each store, give MacDermott and Nelson an estimated payback period of just 12 months at each location — the blink of an eye after 28 years in business.

PHOTO: Thanks to incentives through BC Hydro Power Smart, the owners of Beach Basket Giftware look to pay back their investment in a switch to LEDs in just 12 months. And the bulbs will keep cutting energy costs for about nine years, even if they’re used eight hours a day in each of the three Beach Basket Giftware stores.

Related
For the first time, majority of Americans aware of light bulb phase-out
VIDEO – There is NO Catch… or is there?
Campbell River retailer factors lighting costs into expansion plan
PHOTOS: No “one size fits all” in IoT, says Connected+ 2016
Tags