October 17, 2016 - The Internet of Things (IoT) ecosystem is still evolving, Mike Kraus of ipCapital Group told a small crowd gathered last week at the 3rd Annual Connected+ Conference & Expo in Toronto. There are multiple markets, platform fragmentation, lack of interoperability and many other challenges, he continued, which means collaboration and finding the right partners is key. 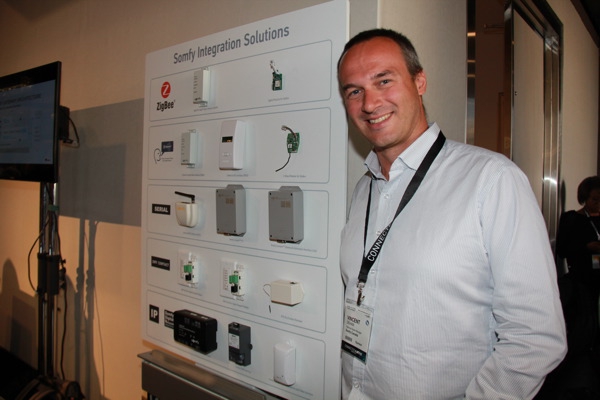 “One size doesn’t fit all in IoT,” Kraus concluded. The phrase was also echoed in other presentations throughout the two-day event, formerly known as Home Connect. The show featured 47 speakers and various product demos centring on IoT business, market and strategy, as well as numerous exhibitors, including Somfy, CaSa and Ecobee.

Charles Marsh of MNUBO talked about the industrial internet and smart boilers that can characterize faults and lockouts as well as predict unscheduled downtime, saving companies times and money. This empowers companies with “operational insight” to improve service and energy efficiency, he said.

“Something like having a spare parts inventory optimizes time and costs with a location ID tracker, for example,” Marsh added.

Kars-Michiel Lenssen of Philips Lighting noted how there are “50 billion light points around the world” and how research giant Gartner expects LEDs to be the leading carrier of IoT in the future.

“Lighting enabled by connectivity can deliver even greater value than illumination,” Lenssen said, highlighting the energy management capability of lights that adapt to occupancy levels and new wireless motion sensors that can be fixed anywhere in a room.

IoT has to be all about value, agreed Isabel Chapman, a principal analyst with Machina Research.

“There has to be some sort of ROI… We have to think of IoT as a strategic business decision, perhaps even co-operating with people you usually compete with like Ericsson and Cisco,” Chapman said during a panel on the Canadian competitive landscape.

Rogers and PowerStream also presented on the Residential Energy Management pilot they teamed up for recently, an “energy product” bundle that leveraged smart home monitoring capabilities for more value with energy consumption monitoring.

“We found customers want to customize their systems and have them scalable,” Carr said.

The conference highlighted some interesting facts, including: IDC Canada projects spending on IoT in Canada will reach a high as $6.5 billion by 2018 and Cisco estimates there will be 50 billion connected things by 2020, with a total market worth of $19 trillion. To put that into perspective, Gartner says there were 3.8 billion connected things out there in 2015, including smart cars, smoke detectors, door locks, industrial robots, streetlights, wind turbines and more.

Energy Manager and sister publication EBMag are media partners for Connected+ as well as Plant magazine and Connections Plus magazine.