September 26, 2018 — Fulham has released the Vizion DC retrofit engines, which are suitable for retrofitting wall and ceiling-mounted luminaires with or without plastic or glass lenses. 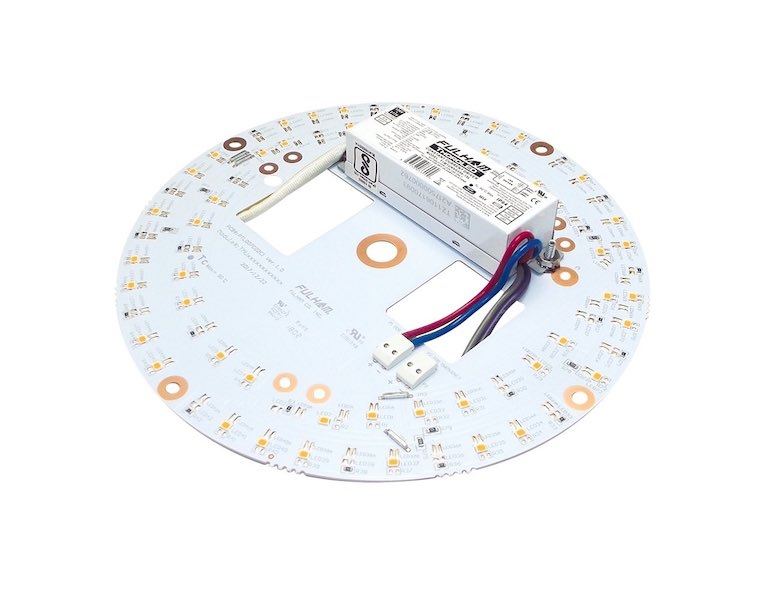 The engines also have an EM connector on board for integrating emergency lighting systems. They are Energy Star listed and cULus classified.