December 13, 2017 — Fulham Co. Inc. has released universal voltage versions of its DirectAC direct-drive LED units. The DirectAC LED Engines were released earlier this year in a 120V; it is now available in a new unit that can support power ratings from 120 - 277V. 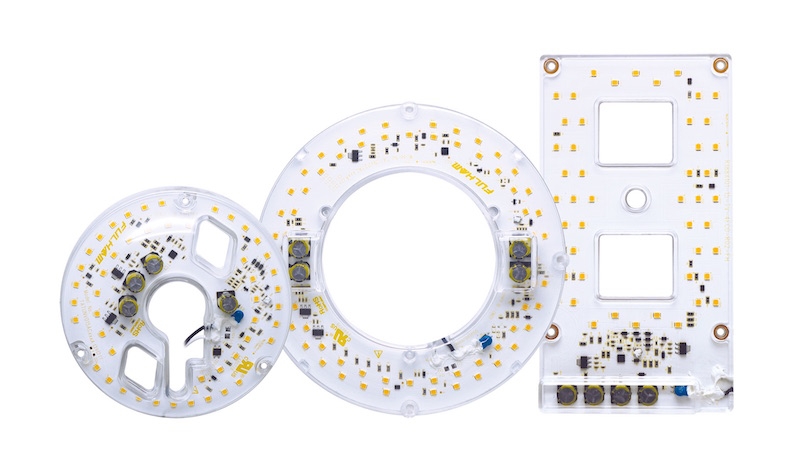 Suitable for open and enclosed luminaires, and luminaires with plastic and glass lenses, the DirectAC LED Engines are available in 10W, 15W, 23W and 34W round configurations and as a 15W, 4 x 7-in. rectangular configuration. The products offer a lumen maintenance of L70>54,000 hours, with a colour consistency of 3 SDCM and a variety of colour temperatures, with an 80 CRI up to 90 CRI. Additionally, the units are cURus, cULus classified and Energy Star Luminaire 2.0 listed.