The event focused on disruption to the sector, including implications for energy managers. 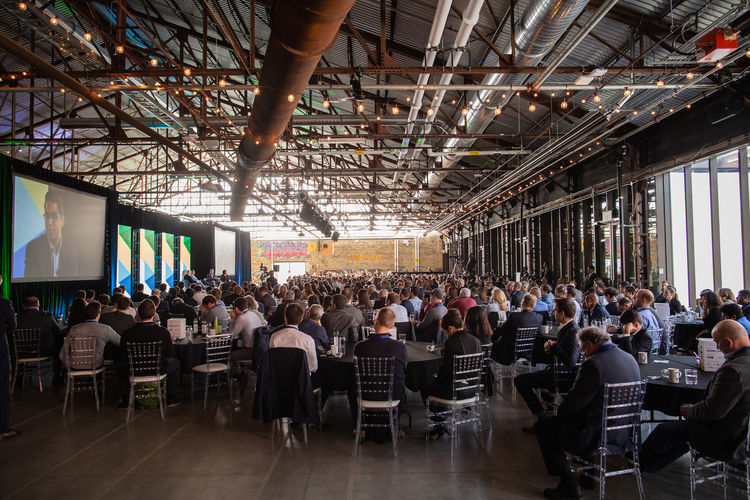 Sponsored by ABB Canada and Alectra, the Apr. 9 event started with an introduction by Spark’s co-founders and co-CEOs, Jason Sparaga and Andrew Clark (the company’s name is a hybrid of their surnames), who discussed how the costs of solar and wind power, along with energy storage, are coming down to the point where they are equivalent to or lower than the electrical grid’s traditional sources

“The electricity sector is one of the most exciting places to be right now!” exclaimed Gretchen Bakke, assistant professor of anthropology at Montreal’s McGill University and author of The Grid. “When people generate power for themselves, they become much better at optimizing consumption.”

“The influencers are changing,” she told Energy Manager Canada in an on-site interview. “They include sustainability officers and managers.”

Tony Seba, co-founder of think tank RethinkX, suggested the level of coming disruption is so massive, it will make traditional energy sources—including oil, natural gas, coal, nuclear plants and even electric utilities—obsolete by 2030. He credited his forecast to the convergence of technologies like battery-based storage and automation and compared the timeline to that of smartphones, which were only predicted to number in the thousands by today.

“Everybody recognizes change to the power industry is inevitable,” said Spark’s Sparaga. “This event’s discussions showed market demand for choice, reliability and innovation is becoming a dominant factor in business planning and operations.”

Another technology that received plenty of attention throughout the day was software, which companies like ABB, Peak Power, Opus One Solutions, NRG Peaks and, of course, Microsoft have been tailoring to energy generators’, distributors’ and consumers’ needs.

“We’ve set bold goals for both sustainability and energy reduction,” said Faveri. “We started out west, for example, where electricity comes from coal-fired plants. In a short time, we’ve reduced consumption by 20% and saved close to $2 million per year.”

Another panel discussed corporate power purchase agreements (PPAs), whereby prosumers buy electricity directly from a generator, rather than from a utility. Already common in the U.S., this type of contract is starting to enter the Canadian market, particularly in deregulated Alberta, where long-term agreements are helping make renewables more viable.

“Solar and wind are now compelling on an economic, not just environmental, basis,” said Dan Balaban, founder, president and CEO of Greengate Power. 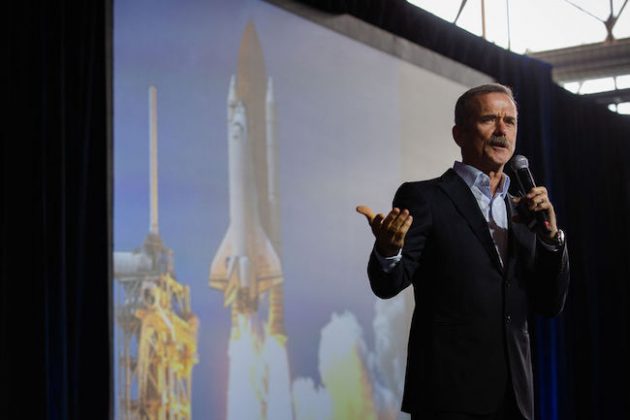 The event ended with keynoted speaker Chris Hadfield, who—as the first Canadian to walk in space—has a broad perspective on energy generation and consumption.

“Every human being wants the same standard of living, but we need to think about the finite nature of our ‘spaceship,’ Earth,” he said.