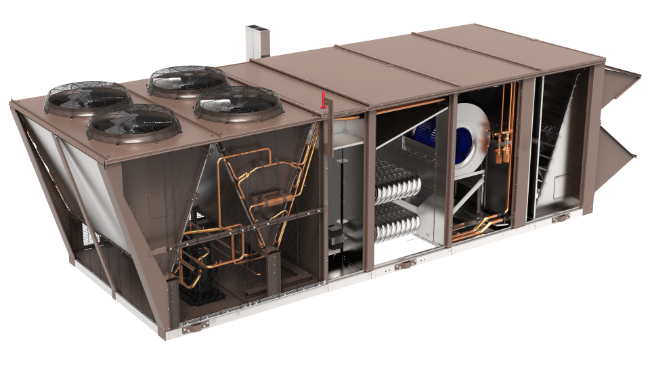 Select rooftop units are offered with the Johnson Controls Premier platform to provide a complete offering in this tonnage range. Some rooftop units exceed the Department of Energy (DOE) 2023 energy efficiency standards by up to 22 per cent while surpassing current DOE 2018 levels by up to 39 per cent. They also offer up to 31 per cent greater part-load efficiency (IEER) than competitive models and up to 15 per cent greater IEER than the Millennium legacy product. Later in 2020, Johnson Controls is set to introduce the four-stage IntelliSpeed models to bring “higher efficiencies, with energy costs reduced to industry-leading levels.”