June 6, 2019 - In April, the MICs Group of Health Services—named for its hospital locations in Matheson, Iroquois Falls and Cochrane, Ont.—launched a comprehensive 18-month energy and facility renewal program. The $3.1-million initiative will address aging and inefficient infrastructure and is expected to save approximately $123,000 in utility and operational costs per year. 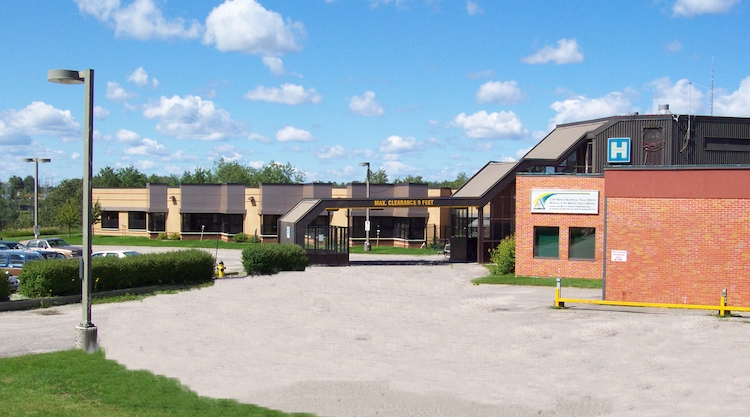 These savings, guaranteed by Honeywell Building Technologies (HBT) through a 10-year performance contract, will go toward paying for the improvements. In addition, the upgrades are expected to qualify for a Union Gas commercial and industrial (C&I) energy efficiency incentive program, which has already provided $10,000 for the study portion and could add a further $15,000 once the project is completed.

“When I arrived at MICs in 2014, there had not been any major energy projects in more than 15 years,” says Paul Chatelain, CEO. “I had dealt with HBT before and they approached us with this opportunity.”

“We worked with Paul when he was at two other hospitals in the past,” says Luis Rodrigues, vice-president (VP) and general manager (GM) of HBT’s energy services group. “Half of our business is with existing clients, as we are able to go back to them and introduce new technologies.”

“MICs was also an existing customer for us,” adds Jeremy Newhook, senior business consultant for HBT. “We had provided capital upgrades in an earlier energy-saving project that formed an ongoing relationship for service and maintenance.”

Prioritizing programs
By June 2018, the new partnership was coming together. The top priorities included replacing LMH’s chiller plant, which dated back to 1996 and was nearing the end of its useful life, with a high-efficiency water-cooled model; replacing refrigeration equipment running on expensive municipal water with a new air-cooled system; installing low-flow plumbing fixtures; and replacing steam dryers and sterilizers with gas-fired alternatives.

Other program measures will include: recommissioning heating, cooling and ventilation system controls; improving the building envelope with upgraded weather sealing and insulation on and near windows to reduce drafts; installing ozone (O3) laundry systems, which use cold water to dramatically reduce hot water consumption; and correcting the power factor for heat distribution based on changes in occupancy levels throughout the day.

“We will also install new controls equipment for the electric car plugs out front of the hospitals,” says Newhook. “These will be used to reduce consumption of electricity associated with keeping car block heaters warm in winter.”

“Our initial list was longer and would have cost $5 to $6 million, but we don’t have those resources,” says Chatelain. “There used to be more grants and incentives when Ontario had a cap-and-trade program, which recently ended. Nevertheless, we decided to move ahead in a more limited fashion. No matter how long the payback is, we’ll be saving money—and we may add other projects after the first 18 months.”

“Most of the work will be done over the summer, which is typical practice in Northern Ontario,” says Chatelain. “HBT’s 10-year performance contract will come into effect when they finish installing everything.”

For its part, HBT expects to complete all of the upgrades by April 2020.

“We are very proud to work with MICs as it takes a proactive approach to energy consumption,” says Rodrigues. “As hospitals get older, we are in the business of helping them reduce their costs, but no two of projects are the same. We have to focus on the initiatives that make the most sense for each facility.”

“The energy savings will have a direct impact on our operating costs,” says Chatelain. “We are taking an aggressive approach by paying upfront to save money over time. This is a sound investment in the hospitals’ future.”

This article originally appeared in the May 2019 issue of Energy Manager Canada magazine.
Print this page