December 16, 2015 - Featuring “dramatic curves and contours”, Modern Forms says its indoor/outdoor LED Helix wall sconce is “sleek and commanding.” This luminaire delivers interest-generating illumination with up and down lights, it adds. 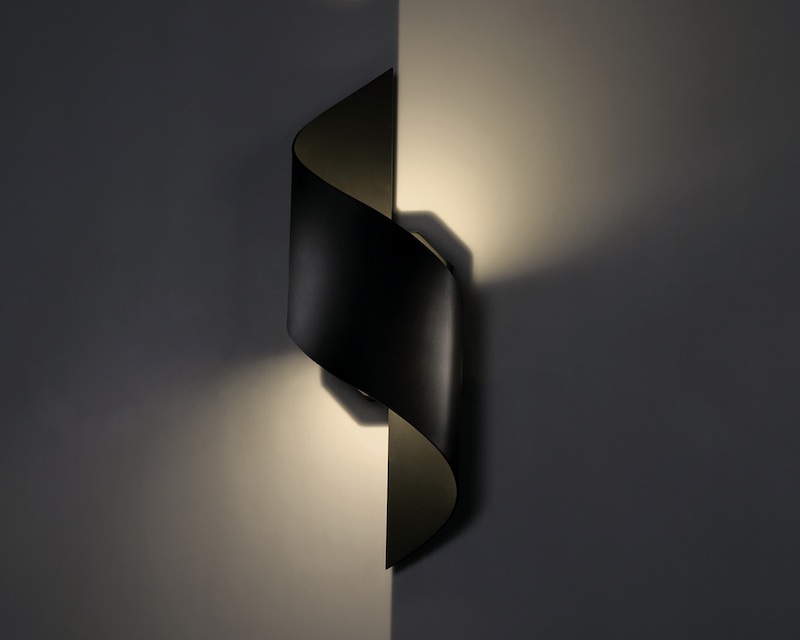 IP65 rated for wet locations, Helix is hand formed of heavy-gauge aluminum. This 8W luminaire operates without the use of a transformer or driver and can be dimmed with an electronic low voltage (ELV) dimmer, Modern Forms says.