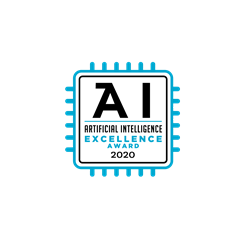 The Business Intelligence Group, a crowd-sourced industry awards platform based in New Jersey, has named Montreal-based BrainBox AI among the 31 award winners in its 2020 Artificial Intelligence Excellence Awards program.

The company’s solution overlays deep learning algorithms on existing HVAC functionality to automate the modulation of each component, reducing a building’s total energy spend by up to 25% while improving occupant comfort by 60%.

“We are so proud to name BrainBox AI as a winner in our inaugural Artificial Intelligence Excellence Awards program”, said Maria Jimenez, chief nominations officer for Business Intelligence Group. “It was clear to our judges that BrainBox AI was using AI to improve the lives of their customers and employees. Congratulations to the entire team!”

BrainBox AI was created in 2017 with the goal of redefining building automation through artificial intelligence to be at the forefront of a green building revolution.

Related
BrainBox AI to present at COP26 “Tech for our planet” program
Investment in commercial efficiency retrofits nearly $960B by 2023, says Navigant
“We are now one team uniquely positioned to create value” • Johnson Controls & Tyco
Ramadori credits the ability “to scale quickly” for global interest in Brainbox AI