December 3, 2014 - Quinlan Brothers Ltd.—a third-generation, family owned & operated fishing business based on The Rock—is the recipient of $100,000 toward the installation of new refrigeration control systems in its Bay de Verde processing facility. 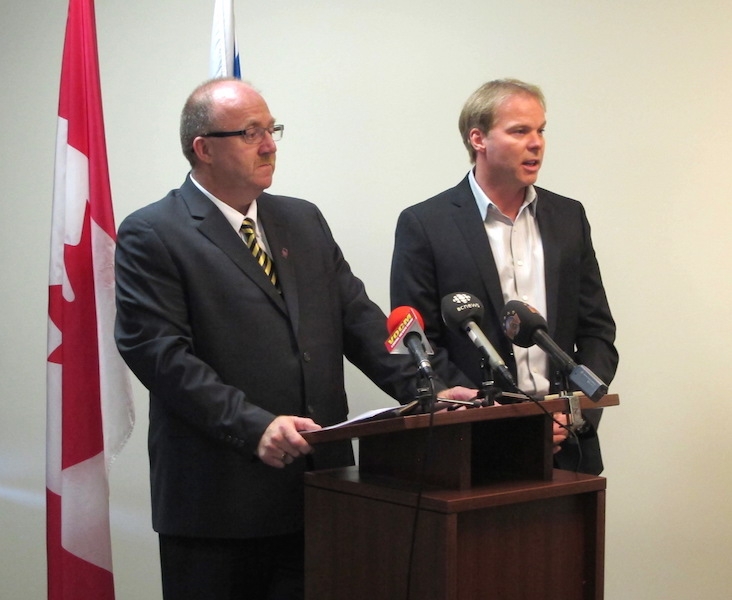 “To be a major player in the global fishing industry, we have to be committed not only to the quality of our products, but also the processes by which we operate,” said Robin Quinlan (photo, right), vice-president of Quinlan Brothers Ltd. “We thank the provincial government for investing in this project as we strive to produce seafood that is second-to-none while being conscientious of our energy consumption.”

This funding will allow the company to explore innovation in its refrigeration technology with the goal of reducing energy consumption and cost. Quinlan has evolved over the years from a traditional, local fish processing operation to a multi-species player in the global fishing industry, exporting its products to over 20 countries.

This project is part of a three-plant study by the Canadian Centre for Fisheries Innovation (CCFI) to investigate the benefits of energy-efficient control systems in industrial settings. Refrigeration systems are the largest consumers of electrical energy in processing plants; by modifying existing technologies and adopting new efficient equipment, the new system has the potential to generate 10-15% energy overall savings. (Ocean Choice International and Allen’s Fisheries Ltd. are the other two processors participating in the CCFI study.)

The project began in late Fall 2013 and will be completed by the winter of 2015. Following the completion of this project, this technology could be used throughout the food processing industry wherever freezer and cooling systems are used.