News
That “hungry fridge ate more than I do!”

January 27, 2017 - My friend, Andrew, recently learned he was paying twice as much for electricity than his neighbour across the street. 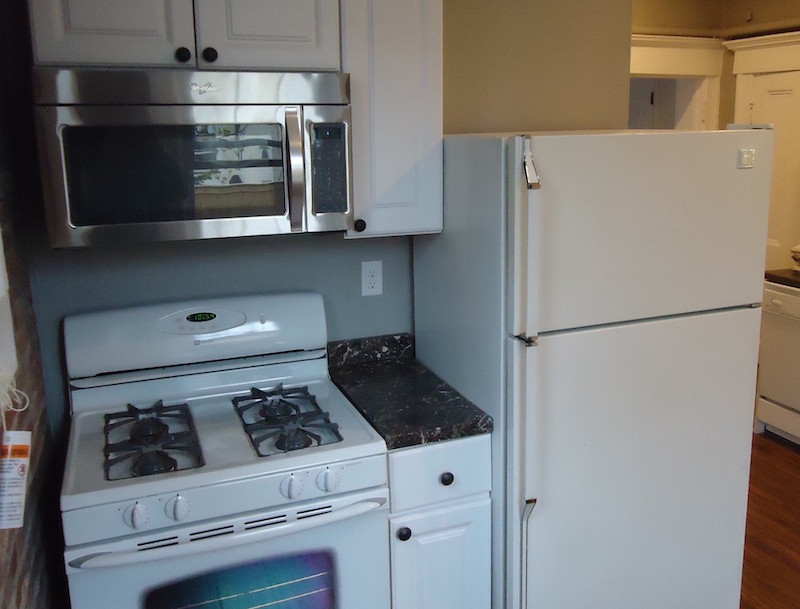 Photo of a kitchen reno by Tomwsulcer

They shared the same utility. Their houses were similar, as were their families…. even their lifestyles! Yet the neighbour paid $200 a month for electricity while Andrew paid $400.

So Andrew decided to tackle the issue. He invited a utility rep to do a walk-through audit of his house. Recommendations included more-efficient lighting, weatherstripping, better windows, more insulation, etc.

Andrew implemented some of these recommendations, and managed to shave $20 off of his monthly electricity bill.

To compensate his wife for all the trouble he caused in pursuit of a smaller bill, he had agreed to a kitchen renovation, which included new cabinets, counters, etc., plus a new refrigerator.

After the kitchen renovation, when the dust had settled, Andrew noticed his monthly electricity bill had gone down. After a little further investigation, Andrew was able to conclude it was, in fact, the old kitchen fridge that was the root of most of his energy troubles.

“That fridge ate more in energy than it costs to feed me!” Andrew angrily noticed.

And that old fridge created a trickle-down effect, forcing Andrew to pay twice-over for electricity: first, to cool the inside of the fridge to begin with, then again to cool his house because of all the heat rejected by the fridge.

How much does your company waste in unmeasured energy? Do you even know where it is being wasted?

Andrew’s lesson? Without measurement, any consultant is just another person with an opinion.

A managing partner at GreenQ Partners, Anatoli Naoumov, MBA, MSc, CMVP, has been involved in various areas of business analysis and development for over 15 years for companies in Canada, The Netherlands and Russia. He has been certified as measurement and verification professional (CMVP) by The Association of Energy Engineers (AEE) and The Efficiency Valuation Organization (EVO). He can be reached at anaoumov@greenq.ca.

PHOTO of a kitchen reno by Tomwsulcer, Wikimedia Commons.

Related
Opportunities for saving ‘dough’ uncovered at commercial bakery
When worry becomes anger • The natural result of Ontario’s energy politicking
How much is a kWh worth to your plant?
How has 3M Canada cut energy use by 32%?
Tags