Features Utilities
Heat pump, renovation rebates save the day for BC couple

July 6, 2015 - Andrew Swan has nothing but good things to say since he upgraded insulation in his Oak Bay bungalow in Victoria, B.C. 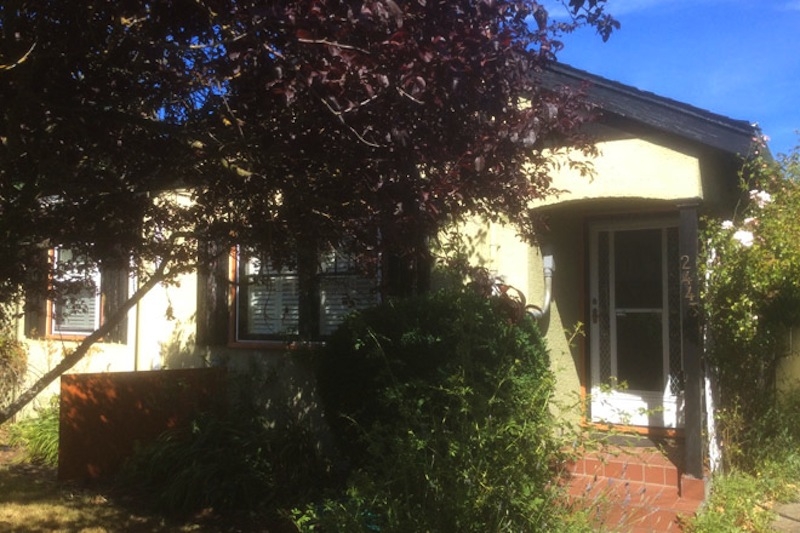 For a small house, it was racking up big energy bills.

That’s the first thing Swan says when asked why he and his wife moved forward with renovations on their two-bedroom (converted to a single bedroom) home. They’ve called the 850-sf, one-storey house home for 17 years, and have relied on electric baseboard heating for almost all of that time.

For years, their monthly electricity bills were around $100 per month, but as Swan explains, they had “started to creep up to around $150 each month,” thanks in no small part to those baseboard heaters.

That was, until last fall when they replaced some of the baseboards with an efficient heat pump. The heat pump was one of the recommendations that came from his certified energy advisor when they explored the idea of doing renovations to combat those rising electricity costs. And with home renovation rebates available, the cost of their renovation project was cut by almost half.

Smaller bills and a smaller footprint the goal for renovations

Although the Swans spend much of each winter away in Europe, their house is rented out to tenants who are fairly liberal with electricity use.

“It seemed like each winter we were using more electricity in the house, and in the finished garage,” says Swan of watching the electricity bills climb. Since they couldn’t control how much heat the tenants were using, it made sense to see if the house could be made more efficient, which fit into their carbon-conscious lifestyle.

As he puts it, choosing a house that’s smaller than many apartments or condos was something that they did deliberately. “We really try to reduce our carbon footprint, it’s very important to us. That’s why we live in a smaller house, we drive a Prius. It matters to us,” he says.

So when the opportunity came to use less electricity, they jumped at it.

The first step? Finding a professional to help them figure out exactly which renovations to do, and how.

Swan says he started the process of his renovations the same way that he would for any major purchase—finding multiple suppliers and quotes online. The company he selected, City Green Solutions, sent an advisor to the house, where as Swan says, they measured everything.

“He was measuring all around the house, testing the airflows, going over our BC Hydro bills with us so he could make his recommendations.”

Among those recommendations? Change out the baseboard heaters for a more efficient heat pump, and improving insulation throughout the house. Adjusting insulation and sealing gaps is an important step before changing your heating system; the improvements can dramatically affect how much heating and cooling is needed.

The Swans have a lot of experience with heat pumps; their European winters take them to places where heat pumps and energy efficiency are much more prevalent than in B.C., thanks to higher energy costs in most places.

They had insulation professionally installed, but Swan also dug into some of the renovations himself, heading into the crawlspace and going all over the house sealing gaps and cracks with latex caulking and weatherstripping.

“You know, I’m retired and I enjoy doing handyman stuff, so I didn’t mind sealing things up, I probably spent 10 to 20 hours doing gaps and cracks.”

Since doing the upgrades, Swan says the home is much less drafty than before, with fewer cold spots. And he expects that they’ll be more comfortable this summer, when temperatures are projected to be hotter than typical years.

For his part, Swan hopes that others will see how easy it can be to make simple upgrades that can make a big difference.

“The advisor provided us with the paperwork, submitted it for us, and then it took about three or four months before the rebates arrived,” he says of the simple process to receive home energy efficiency rebates. “I think that if people know how easy it is, they might be encouraged to follow along.”

And those big BC Hydro bills? They’re down to even lower than they used to be; Swan says their most recent bills have been around $60 each month.