July 18, 2012 - In what could help ‘fuel’ widespread adoption of natural gas (NG) vehicles, GE researchers—in partnership with Chart Industries and scientists at the University of Missouri—have been awarded a program through Advanced Research Projects Agency for Energy (ARPA-E) to develop an affordable at-home refuelling station that would meet ARPA-E’s target of $500 per station, and reduce refuelling times from 5-8 hours to less than one hour. 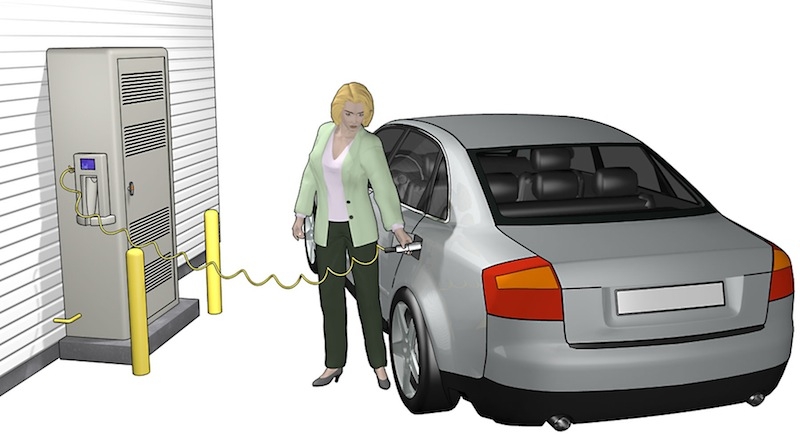 Current at-home refuelling stations are expensive (around $5000, says GE) and require long refuelling times. The 5-8 hours required to refuel an NG vehicle often leaves overnight refuelling as the only the viable option for vehicle owners. While these barriers can be more easily managed by established fleets, they are not practical for passenger vehicles parked in the driveway or garage at home.

“Since the beginning of the automotive industry, cars and trucks have driven on diesel fuel or unleaded gas,” said Anna Lis Laursen, project leader and chemical engineer at GE Global Research. “But with new technologies to reduce the cost of NG refuelling and continued improvements in battery technology, the prospects for vehicles that run on alternative fuels will only grow.”

Laursen added, “The goal of our project is to design an at-home refuelling station that is much simpler in design, more cost-effective and reduces refuelling times to under an hour. By reducing the time and cost of refuelling, we can break down the barriers that are preventing more widespread adoption of NG vehicles. If we can meet our cost targets, the price of a home refuelling station would be less than typical appliances in the home such as a dishwasher or stove”.

Today’s NG refuelling systems rely on traditional compressor technologies to compress and deliver fuel to a vehicle. The research team from GE, Chart Industries and the University of Missouri will design a system that chills, densifies and transfers compressed natural gas more efficiently. It will be a much simpler design with fewer moving parts, and that will operate quietly and be virtually maintenance-free.