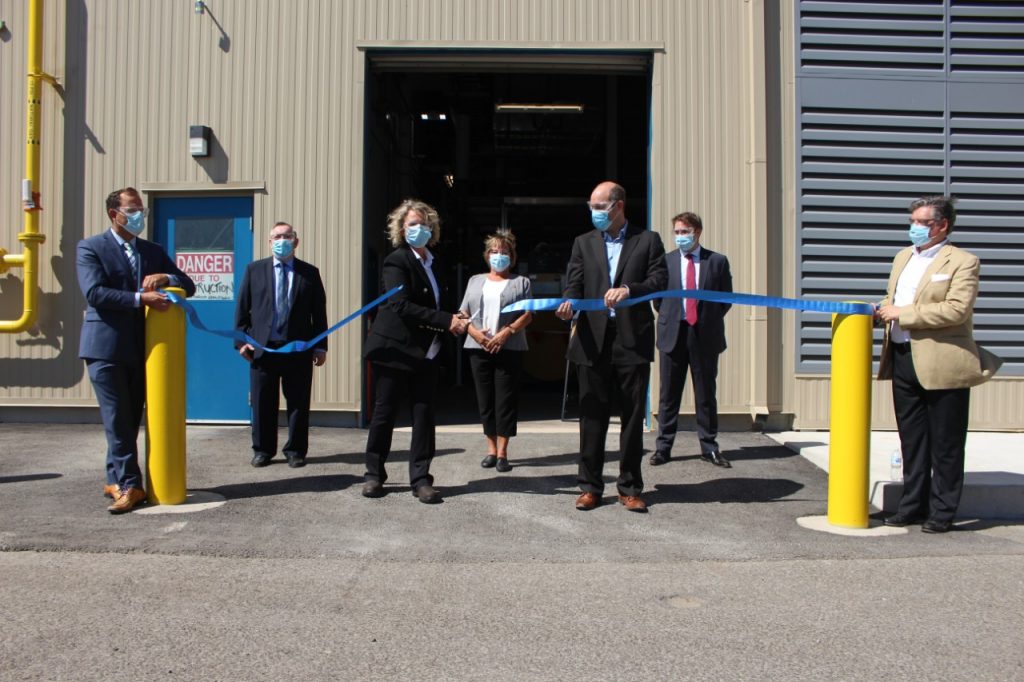 General Motors Canada is completing a $28 million cogeneration investment at its St. Catharines Propulsion Plant that will reduce greenhouse gases, lower future energy and carbon costs and enhance the competitiveness of the plant that makes engines and transmissions for GM assembly plants across North America. 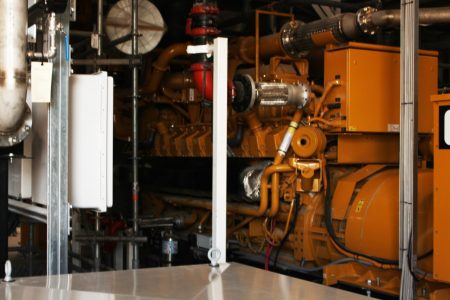 The project began with the purchase and installation of four 1.6MW engines in an existing (refurbished) building. The engines will provide 6.4MW of electrical power to the plant which represents approximately 35% of the electrical demand at the site. In addition, waste heat produced by the engines will be captured and used by the existing industrial boilers that provide heat and power throughout the site.

In addition, instead of using natural gas to power the new engines, they are being adapted to run on renewable landfill gas delivered to the plant through a pipeline from a nearby industrial landfill site. The 3.3 km landfill gas pipeline was constructed between the two sites. The landfill gas is now being received at the GM plant and the engines are in the process of being commissioned.

The facility will be running at full capacity by October 31, 2020. 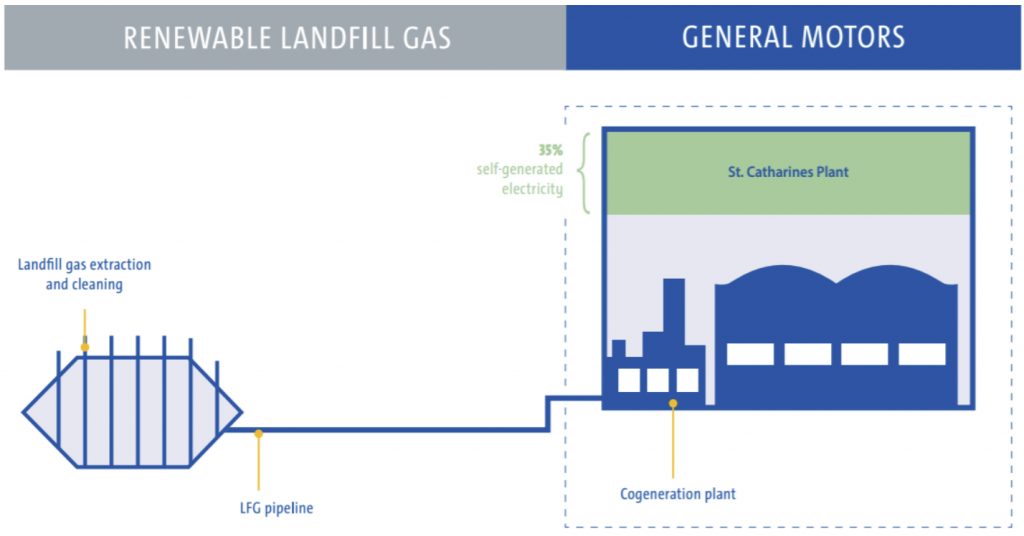