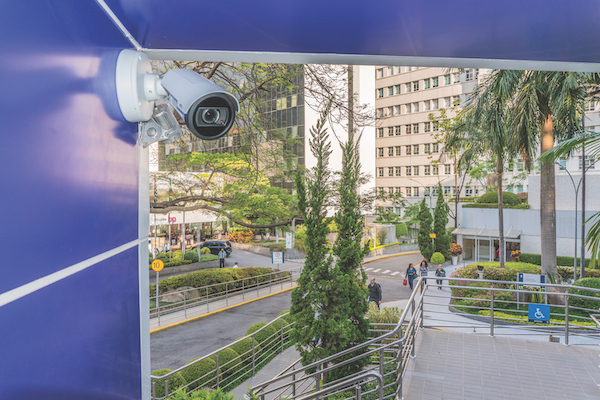 When considering all of the components of a large-scale facility that use energy and where new initiatives could achieve savings, you might not immediately think about your security system. Yet, this is an area where data already being collected can provide valuable insight about how to use energy more efficiently.

As buildings account for about 40% of energy consumption in Canada and are still often considered inefficient, economic pressures have been increasing to eliminate unnecessary use of electricity and natural gas and, in turn, to reduce carbon emissions. While buildings must be kept ‘alive’ and running, there are many opportunities where facility management solutions can help improve efficiency within existing operating budgets. These are particularly important as energy costs climb and stakeholders expect accountability for greater sustainability.

For one thing, understanding when spaces are in use and when they are deserted can better inform decisions about energy consumption and lead to energy savings. A common example is dimming or shutting off lights when no one is typically present in a given area.

One way to collect such occupancy information is to tap into a source most facility managers have never considered—their existing network of Internet Protocol (IP) security cameras.

While these cameras for primarily designed for deterring unwanted behaviour and catching criminals, they can add new insights into your operations that can help reduce your energy consumption.

One of the biggest challenges of calculating how much energy is required for a given part of a facility is assessing how many people use it and when. Such calculations are often based on statistics that span the whole building, rather than individual rooms.

Networked IP surveillance cameras are well-positioned to gather the data needed to make these calculations more accurate. Advanced analytics software can monitor occupancy levels and, as in the aforementioned example, trigger the lighting system to power up or down whenever given minimum and maximum thresholds are exceeded. ‘Smart’ lighting helps minimize power consumption by reacting to real-time insights about when adjustments should be made. 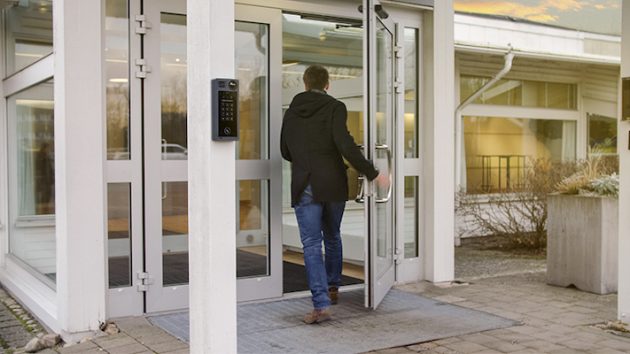 Access card readers can also help assess occupancy levels and thus determine how much energy is required for a given part of a facility. 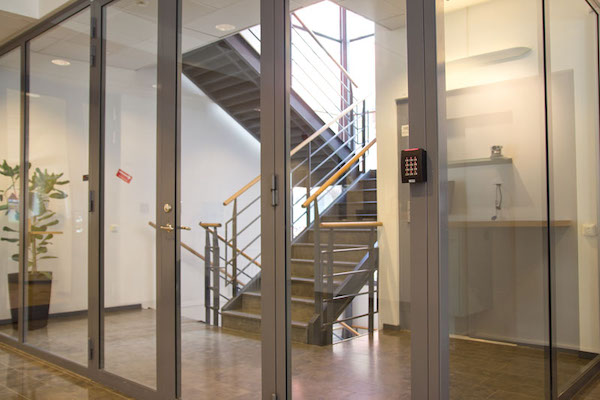 Innovations in camera technologies have led to significant improvements in operational efficiencies for surveillance systems. With increased processing power, higher resolutions, multiple sensors and special features like multi-view streaming and 180- and 360-degree overviews, it is now possible to monitor several areas from one unit, thanks to a significantly improved field of view.

This means fewer cameras are required throughout a facility and, therefore, less energy is needed to power the network. Without compromising image quality and monitoring reach, a single new camera can do the same work that used to take several cameras.

One example of these special features is ‘corridor format.’ When a camera is operated in a vertical/portrait mode, it can capture a complete image of a building’s corridor without wasting bandwidth on ‘blank’ pixels at the edges. This way, both camera count and energy consumption can be reduced.

Schools have been among the early adopters of such applications. Many have used their existing video surveillance infrastructure to optimize electricity consumption in large indoor spaces, such as library reading halls, communal areas, indoor sports complexes and large dormitories.

At Finland’s Aalto University, a group of the students themselves got involved in the process, coupling video surveillance equipment with analytics software to help reduce their campus’ energy consumption.

In the past, the university’s building managers had made decisions about how to heat, cool, ventilate and illuminate their parts of the school based on estimates and manual calculations of numbers of people and their timing. Their assumptions of when people arrived at and exited each building failed to anticipate or predict individual patterns of movement.

The university’s networked cameras, however, allowed the students to obtain real-time information in this respect and make more accurate conclusions. They found if they deployed their software on a campus-wide basis, the entire university could reduce energy consumption by approximately 20%. (And at the same time, the data yielded information about how desks were being used that led to more efficient use of space within offices.)

The future of ‘smart’ buildings will depend on interoperability. As surveillance cameras and analytics software improve, the amount of data gathered increases, as does the ability to glean and share meaningful insights across systems, such as IP lighting, IP audio and IP heating, ventilation and air conditioning (HVAC) networks. These systems can leverage similar technologies to communicate with each other, allowing building operations to be streamlined, for the purpose (among others) of improving energy management.

Paul Laughton is the architect and engineering manager at Axis Communications for Canada. He supports customers in designing ‘smarter’ security systems. This article is based in part on an Axis white paper, ‘How can IP surveillance systems positively impact a business’s energy usage.’ For more information, visit www.axis.com.

This article originally appeared in the July 2019 issue of Energy Manager Canada magazine.