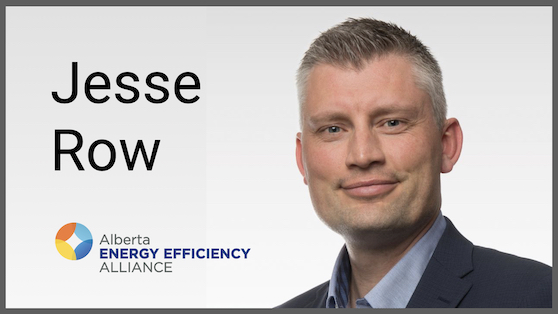 March 6, 2021 – Jesse Row has returned as executive director of the Alberta Energy Efficiency Alliance. According to AEEA, Jesse was also involved in starting up the alliance, and served as its first executive director from 2007 to 2017.

He has also served on the board of the Calgary Region Airshed Zone; chaired the imagineCalgary Partnership steering committee; served a member of the province’s Energy Efficiency Advisory Panel, and is an Energy Futures Lab Fellow.

Jesse graduated Mechanical Engineering from the University of Alberta, and is a registered professional engineer in the province.