August 12, 2016 - If you want to save on your monthly electric bill, you might buy a new, energy-efficient refrigerator, water heater, clothes dryer, etc. But if you could only replace one of these, which one would you choose? Which replacement gives you the biggest bang for your buck? 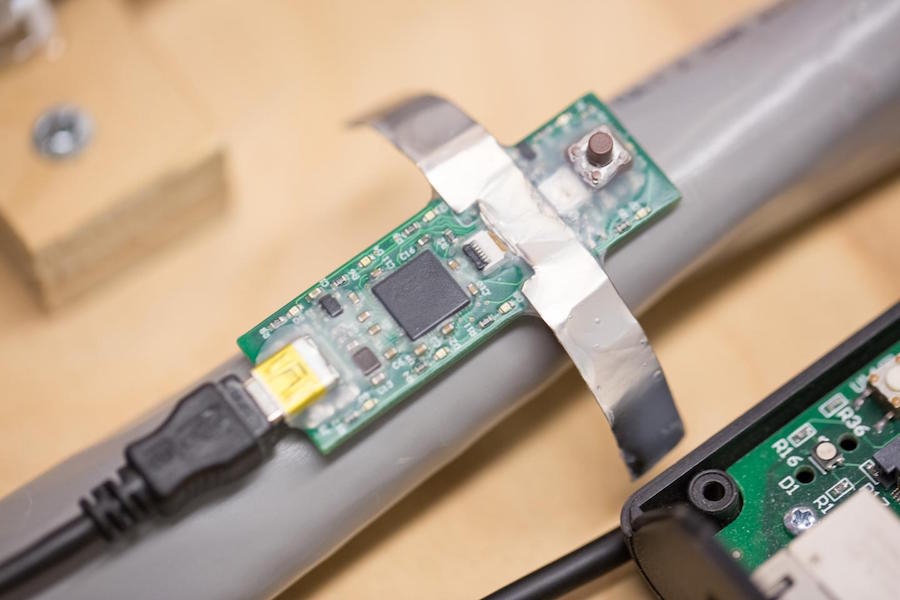 You could try to figure that out by comparing the energy-use labels from your existing appliances with those of the models under consideration, but do you even have your old labels? If yes, even then, the numbers may differ significantly from your actual usage depending on factors such as age, appliance condition and local climate.

Soon, however, there could be an easier (and cheap) way to figure out exactly how much power is being used by every appliance, lighting fixture and device in your home thanks to devices and software developed by researchers at MIT. While there are many devices for monitoring electricity use already, the new MIT system promises some key advantages.

First, it involves no complex installation, just the placement of a postage stamp-sized sensor on incoming appliance power lines. The system is designed to be self-calibrating. Second, the sensors pick up enough detailed information about spikes and patterns in the voltage and current that the system can—thanks to dedicated software—differentiate between every different kind of load in the home, and show exactly which ones go On/Off, and when.

The system is also designed so that all of the detailed information stays inside the user’s own home, eliminating privacy concerns users may have when considering power-monitoring systems.

The detailed analysis—including the potential for specialized analysis based on an individual user’s specific needs or interests—can be provided by customized apps that can be developed using the MIT team’s system.

MIT says tests of the system show its potential to save energy, and even safety. One installation at a military base used for training exercises revealed that large tents were being heated all day during winter months, even though they were unoccupied for most of the daytime hours. Another test installation in a home found an anomalous voltage pattern that revealed a wiring flaw, which caused some copper plumbing pipes to carry a live voltage.

Once the system is developed into a commercial product, professor of electrical engineering Steven Leeb feels it should cost only about $25 to $30 per home.