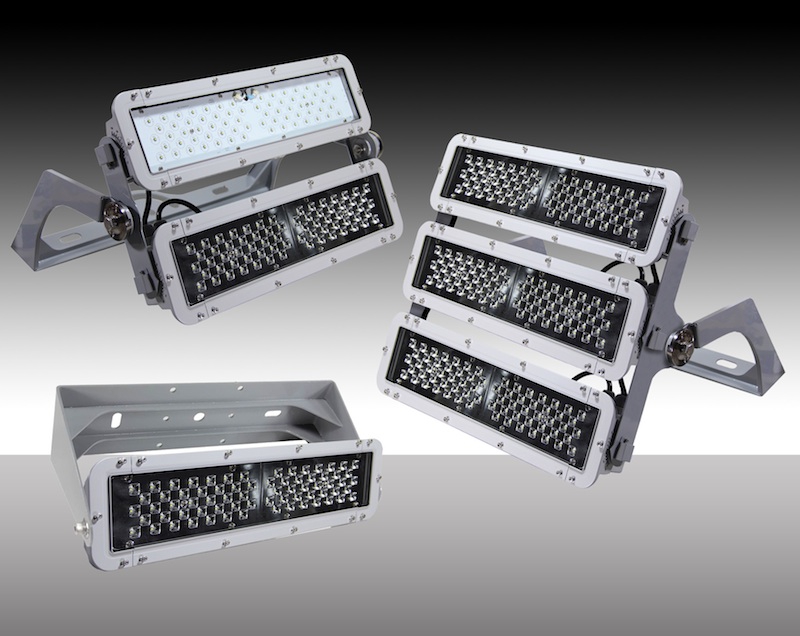 The modules can be specified in base modules of 135 watts, with up to three modules per fixture. Each of the modules can have a narrow, medium or wide beam angle.

The StaxMAX unit is IP65-rated to protect against dirt, dust and water ingress, while its cable connections are rated to IP67.