November 20, 2015 - MaxLite says it now provides the “nostalgic look and warmth of Edison-style filament incandescent bulbs with the energy-saving benefits of LED technology” in its new Filament Lamp Series. 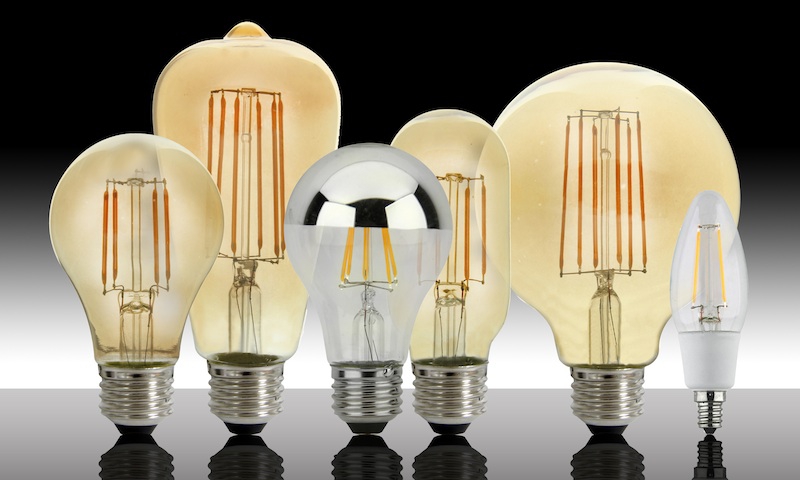 The 6.5W globe and glass-tipped ST18 styles have a light output equivalent to that of a 60W incandescent bulb, while the 4.5W A19 and tubular T14 styles are 40W equivalents. While the entire filament series is available with a medium base, the 2.5W clear glass candelabra lamp is also offered in an E12 base to replace 25W incandescent bulbs.

The series also includes a Silver Bowl A19 lamp designed for use in open pendants.