October 19, 2015 - Mitsubishi Electric, a manufacturer of uninterruptible power supplies (UPS), has announced the AEGIS series UPS as the successor to its 9900A series. AEGIS is a three-phase, on-line double-conversion system and features Insulated Gate Bipolar Transistor (IGBT) technology. The series is available in 80, 100, 150, 160, and 225 kVA and is UL924 listed. 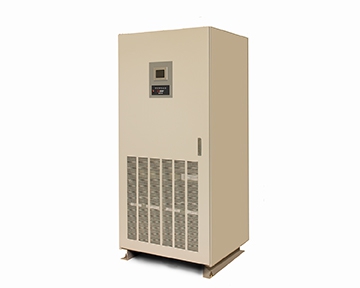 The AEGIS boasts a relatively flat efficiency curve, which is “significant since loads in various data centers can range from 25% to nearly 100%,” said Dean Datre, general manager of Mitsubishi Electric Power Products’ UPS division. “The 225 kVA model has an efficiency of 95.7% with a load of just 25% while in the inverter mode.” The optional Enviro-Mode offers users the ability to achieve 99% efficiency, he added

The AEGIS can be configured as either a single module or a multi-module system with up to four units. The largest unit has a width of less than 3 ft.