News
Obama calls upon Americans to cut energy waste in half

February 13, 2013 - In last night’s State of the Union Address, President Barack Obama issued a new goal for America: “Let’s cut in half the energy wasted by our homes and businesses over the next 20 years,” adding that, “Those states with the best ideas to create jobs and lower energy bills by constructing more efficient buildings will receive federal support to help make that happen.” 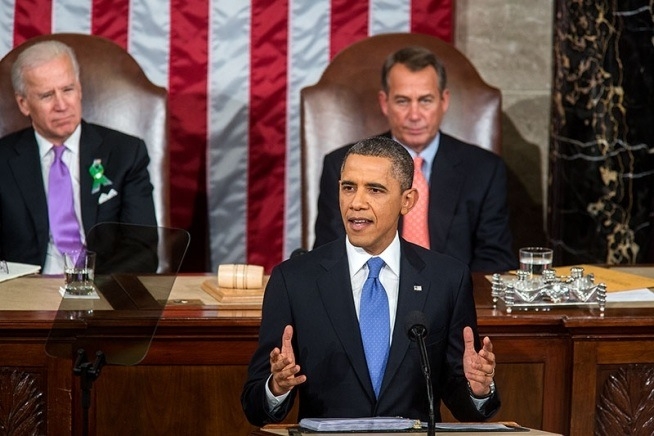 “By supporting energy efficiency, the president has made a smart investment that will pay off immediately and down the line for future generations,” writes Steven Nadel, executive director of the American Council for an Energy-Efficient Economy (ACEEE).

Nadel maintains there’s a good reason why energy efficiency has broad support among business and legislators across the aisle: “It’s one of the great cost-saving success stories for the nation in the last three decades, and still has large untapped potential”.

“Ask any CEO where they’d rather locate and hire—a country with deteriorating roads and bridges, or one with high-speed rail and internet; high-tech schools, self-healing power grids,” asked Obama rhetorically. “The CEO of Siemens America—a company that brought hundreds of new jobs to North Carolina—said that if we upgrade our infrastructure, they’ll bring even more jobs. And that’s the attitude of a lot of companies all around the world.”

“The inspiring goal President Obama has set clearly indicates that he understands the importance of energy efficiency, and that he is committed to pursuing both administrative and legislative steps to tap this essential resource that will save the nation billions, create domestic jobs and reduce harmful pollution,” added Nadel.