February 13, 2013 - Energy Manager is here in Windsor, Ont., as the Federation of Canadian Municipalities (FCM) unveiled the winners of its 2013 Sustainable Communities Awards during the Sustainable Communities Conference & Tradeshow. The awards recognize innovation and excellence in municipal sustainable development across Canada in six categories: brownfields, energy, neighbourhood development, transportation, waste and water. 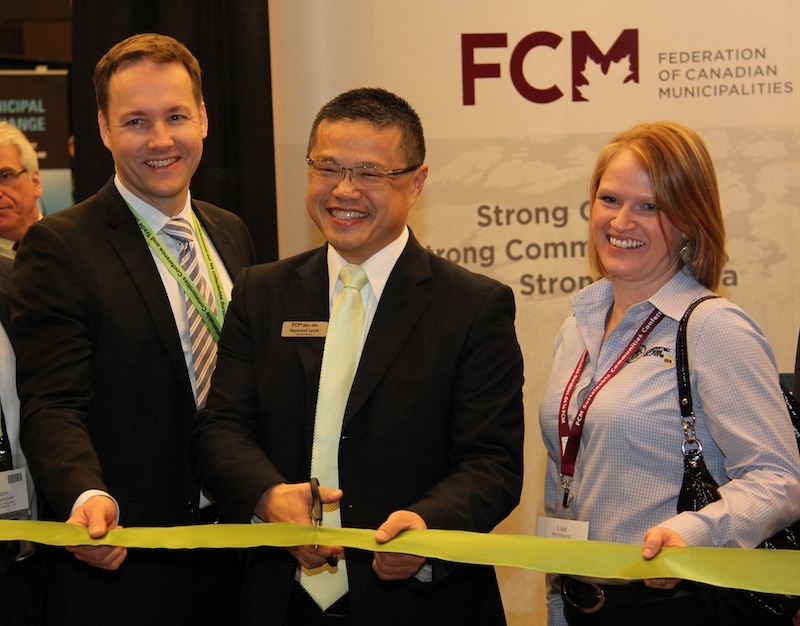 “Tonight, we applaud the hard-working municipalities across the country that are setting an example for others,” said Raymond Louie (photo, middle) FCM 3rd vice-president, chair of the Green Municipal Fund Council, and councillor for the City of Vancouver, B.C. “Congratulations to the citizens, councils and city staff of all of our winning communities. Through your leadership and example, you are building Canada a brighter future.”

# 1 – The Capital Regional District (CRD) has focused on reducing energy use for its operations and increasing its use of renewable energy. The CRD’s renewable energy heat recovery project captures the thermal energy from wastewater effluent and circulates it through a district energy system to heat a swimming pool at the district’s Panorama Recreation Centre. The renewable energy system replaces natural gas heating for the pool.

After more than two years of planning and design, the project was launched in June 2011 at the Saanich Peninsula Wastewater Treatment plant. The system saves the district $77,000 in annual operating costs.

# 2 – The City of Summerside set up a 12MW wind farm in 2009. Two years later, the city created the Smart Grid Pilot Program to make better local use of the farm’s wind energy.

The smart grid system uses communications and metering technology. This technology detects excess wind energy in the system and turns on devices in residences and industrial or commercial buildings to store it. The excess energy is used for heating or hot water as needed. The system’s programming can be changed as variables and priorities change. The city’s Heat for Less Now Program offers electricity at a lower cost to customers who install the system.