August 24, 2015 - By minimizing the acceleration of industrial robots via an optimization algorithm developed by researchers at Chalmers University of Technology, energy consumption can be reduced by up to 40% while retaining the given production time. 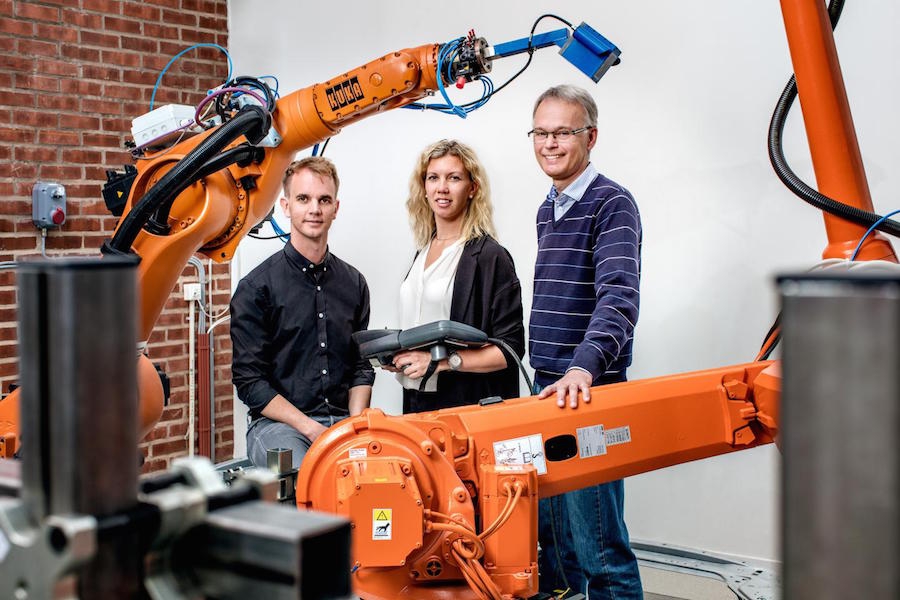 In robot-intensive manufacturing industries, such as bodywork factories in the automotive industry, robots consume about half of the total energy used for production, researchers say. Optimization of the robot’s movements reduces acceleration and deceleration, as well as the time the robot is at a standstill (as this also consumes energy).

“We simply let the robot move slower instead of waiting for other robots and machines to catch up before carrying out the next sequence. The optimization also determines the order in which the various operations are carried out to minimize energy consumption—without reducing the total execution time,” said prof. Bengt Lennartson who initiated the research together with, among others, General Motors.

The optimization never changes the robot’s operation path: only the speed and sequence.

“Thus, we can go into an existing robot cell and perform a quick optimization without impacting production or the current cycle,” said Lennartson.

To achieve safe optimization, several robots moving in the same area need to be coordinated. The optimization tool will therefore initially identify where robots may collide, and the entry and exit positions for each collision zone, and for each robot path.

“The first test results have shown a significant improvement, such as a 15% to 40% energy reduction, but the results are still preliminary. In order to estimate the actual energy savings, further testing in industry is required,” said Kristofer Bengtsson, who is responsible for implementing the optimization strategy.

The program starts by logging the movements of each robot during an operations cycle, as well as any collision zones. This information is processed by the optimizer, which generates new control instructions that can be directly executed by the robots.

“The goal is to make this kind of optimization standard and included in robots from the start,” said Bengtsson.