November 13, 2018 – Fluke, which develops test and measurement tools and software for energy managers and other professionals, is celebrating its 70th anniversary. 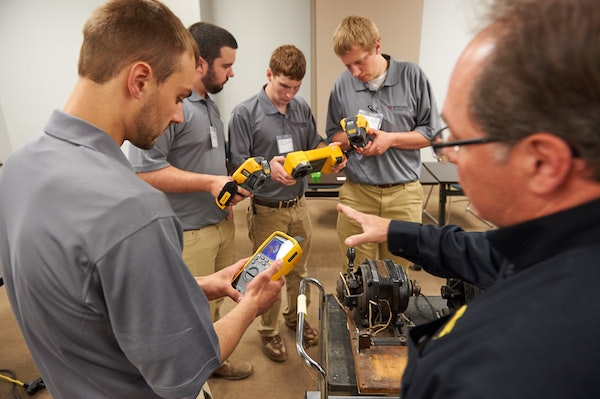 The history of the company began in 1948 when John Fluke Sr., a Massachusetts Institute of Technology (MIT) graduate and U.S. Navy veteran returning from the Second World War, recognized a market opportunity to support the post-war manufacturing boom with accurate, easy-to-use diagnostic tools. He started the John Fluke Engineering Company in a basement workshop in Springfield, Conn., and developed a benchtop power meter that was first sold to General Electric (GE).

To mark its 70th anniversary, the company recently invited professionals and students entering engineering, vocational technology and industrial trades to share their stores of inspiration for a chance to win prizes. The student contest closed on Nov. 9, but professionals—in both Canada and the U.S.—still have until Dec. 31 to enter sweepstakes for a prize package valued at US$6,000. For full details, visit the special Fluke 70th anniversary site.

The site also features a timeline of highlights from throughout Fluke’s history.