June 1, 2018 — The government of Alberta has partnered with Tsuut’ina Nation to lower power bills at the community’s sportsplex and increase energy efficiency. 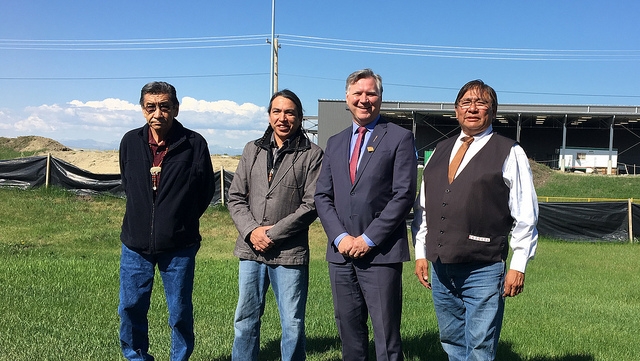 Through Alberta’s Indigenous Energy Efficiency (Retrofit) Program, the Nation will receive a $2,156,686 grant that will be used to install a new ice plant in the Seven Chiefs Sportsplex. The ice plant, along with upgrades to the building’s water system, will help save the community up to $89,000 per year in electricity and heating costs over the next 30 years.

The new Seven Chiefs Sportsplex will also serve as a community centre and recreation facility. The Nation hopes it will also become a national training centre for Indigenous athletes.

The grant is part of $35 million in funding made available through the carbon levy in 2017-18.