December 22, 2013 - Although out of sight to most building occupants, the Consortium for Energy Efficiency says commercial boiler systems offer large energy savings, and the combustion efficiency of the boiler units is normally the top consideration. But another factor is often overlooked when boilers are selected for retrofits or new construction: correct size. 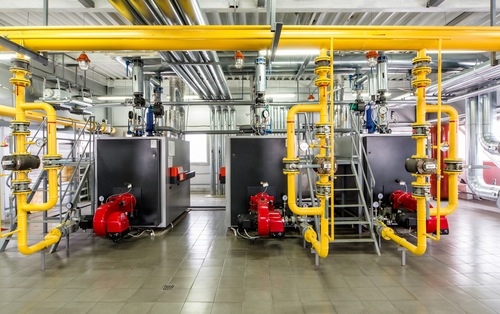 Manufacturers and design engineers from across the industry agreed that oversizing is endemic, says CEE, and rightsizing offers significant energy savings. Various methods designed to calculate heat loads are too often overlooked.

The greatest revelation was not just about boiler technology or sizing calculations; instead, it refocused the conversation on maximizing energy efficiency and cost-effectiveness of the entire system.

Traditionally, boilers are sized for the highest load, which typically means the coldest day of the year. The energy efficient solution is sizing for the most common conditions of the year while a backup or legacy unit carries the extra load for extreme temperatures. This approach results in a smaller, less-costly condensing unit that offers the greatest efficiency over the greatest number of operating hours, says CEE. This is achieved with a hybrid or mixed technology system that combines condensing and non-condensing units.

The next step is to find a way for members to quantify the savings resulting from a hybrid design, adds CEE.