News
VIDEO: There are unknown unknowns… but not with energy management

October 15, 2013 - According to the David Suzuki Foundation, scientists are more certain than ever that human activity, the burning of fossil fuels and deforestation in particular, is causing climate change. Meantime, the Heartland Institute says human impact on climate is very small... so small as to be invisible against a background of natural variability. 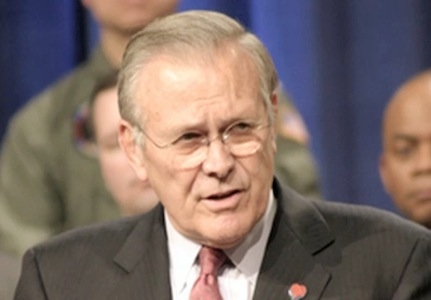 In a world of varying agendas, to whom do you turn for the truth? How do you differentiate between outright denial and overzealous hysteria? How on earth do you position yourself on the right side of the debate? By not engaging in that debate in the first place, and sticking with a known known: proactive energy management.

Related
VIDEO – Partners in Project Green launches 2012 Awards (June 2012)
VIDEO – What would you do with over $100,000?
VIDEO – GE Lighting Tour provides a “value story” for customers and end users
VIDEO – Down with bioenergy, wind farms and green councils?
Tags